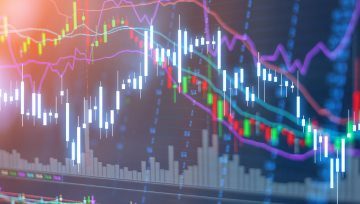 Euro and Krona at Risk Amid Sweden Political Gridlock

Following the elections on September 9th, Sweden’s parliament – the Riksdag – experienced a historically unprecedented shake up. The Social Democrats, who for almost 70 years have ruled with an absolute majority – 175 seats or more out of 349 – garnered less than 50% of the vote.

At the same time, right-wing populist and nationalist Sweden Democrats (SD) delivered their best performance to date. They came in at an impressive 17.5%, though this scored below some expectations calling for a share of the vote as high as 25%. Their popularity is part of a broader rise of populists and nationalists across Europe. It has also been an important driver of regional currency price movements.

The elections resulted in a hung parliament with the following top three parties:

Within parliament are three blocs that dominate the political landscape:

Following the elections, on September 25th, Swedish Social Democratic Party leader and Prime Minister Stefan Löfven was voted out. Before a new prime minister is selected, he will serve in the interim.

Newly elected speaker of the Riksdag, Andreas Norlen, is scheduled to begin talks with all parties today to decide whom he will propose as the new PM. He is forecasted to pick Opposition and Moderate party leader Ulf Kristersson, most likely due to their mutual party affiliation.

Both major party blocs have ruled out forming a coalition with the SDs. However, since no single party or bloc holds an outright majority, this puts the SDs in a strong bargaining position. The Social Democrats have ruled out backing an Alliance government and Kristersson has stated he will not work with them because of their roots in neo-Nazism.

The nationalist party has stated that they are ready to prevent the formation of any new government that excludes them from making policy, with a particular emphasis on immigration. The Riksdag has never rejected the proposal of a new Prime Minister. However, in a historically unprecedented moment, if parliament rejects four proposals, another round of elections will have to be held within three months.

Political gridlock is likely to continue for weeks or longer as parliament attempts to form a government. Compromise is hard to find in the current polarizedclimate. Tragically, that is precisely what is needed to form a new government and calm financial markets. The Swedish Krona and the Euro may become unusually volatile as a result, with the emergence of selling pressure a distinct possibility as the uncertain landscape inspires capital outflows.