The US Dollar outperformed on Thursday with gains accelerating during the second half of the day. Demand for the greenback was high despite a drop in local government bond yields from all spectrum of maturity. Gains in USD weighed against gold prices which typically behave as an anti-fiat asset. Crude oil prices, which are denominated in the US Dollar, pared earlier gains as they became relatively cheaper.

Some weakness in emerging market currencies as well as deep losses in the New Zealand Dollar likely offered a lift to USD. The former were under pressure amidst US sanctions on Russia while the latter was hindered by a relatively dovish Reserve Bank of New Zealand monetary policy announcement. The Australian Dollar, being an alternative high yielding currency, was also weaker amidst greenback strength.

Meanwhile, the anti-risk Japanese Yen headed cautiously higher. Japan’s Nikkei 225 glided throughout the day, dragged down by automakers. This may have reflected worries ahead of trade talks between the US and Japan which started in Washington on Thursday. The latter country could yet avoid additional levies, and this could in-turn push Japanese shares higher while the Yen weakens.

Speaking of Japan, the preliminary estimates of their second quarter GDP figures will cross the wires early into Friday’s Asia trading session. There, annualized growth is expected to clock in at 1.4% q/q from -0.6%. Even if GDP improves, this could have limited implications for the Yen given that the BoJ intends for interest rates to be low for an extend period of time as they struggle to achieve sustainable 2% inflation.

Join our LIVE Japanese GDP Webinar as we cover its impact on the Yen as well as what to expect for the currency going forward!

A mixed performance on Wall Street where the S&P 500 fell 0.14% while the NASDAQ Composite rose 0.04% could translate into sideways price action for Asia/Pacific benchmark indexes. This could be suddenly changed amidst a stray trade wars headline as tensions between the US and China still remain elevated. 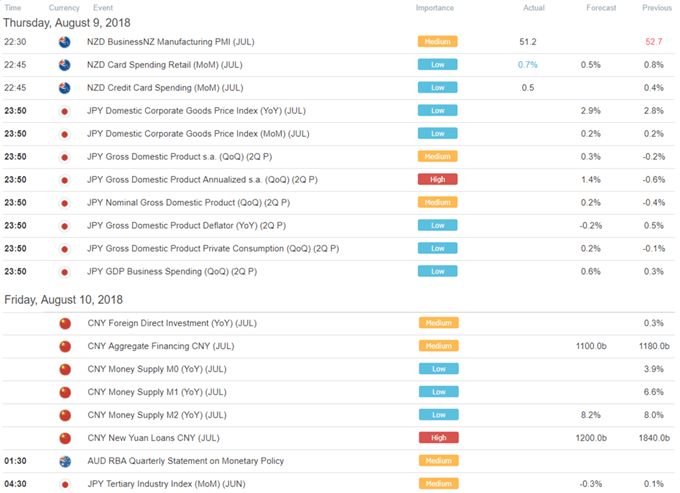 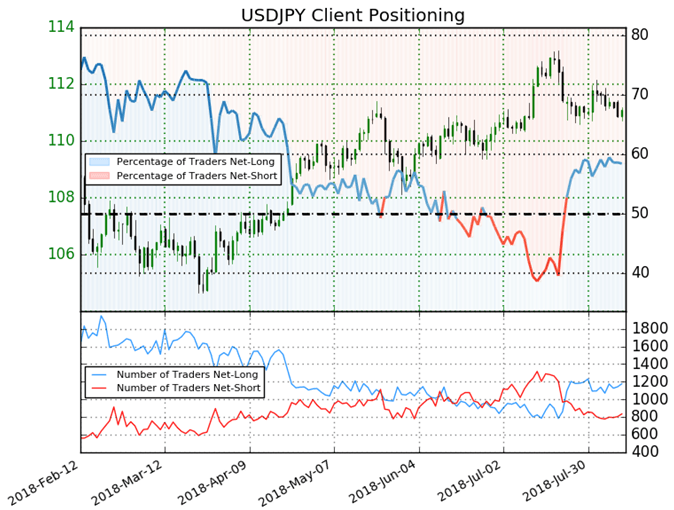