We have recently released our Q3 Trading Forecasts for a wide range of Currencies and Commodities, including GBP and EUR.

The recent weakness of Sterling can be viewed clearly in EURGBP as the pair near new highs for the year amid deepening concerns of a no-deal Brexit. EURGBP has been in a relatively tight range 0.8600 – 0.9000 range since October last year but the upside is now increasingly vulnerable to a break-out with the late August high print at 0.93067 a viable target. The weekly chart shows a bullish pattern of higher highs and higher lows, while the RSI indicator is pointing higher and has room to move further before it reaches overbought territory. EURGBP also trades above all three moving averages and has broken the 23.6% Fibonacci retracement of the long-term 0.6963 – 0.9345 rally at 0.88435. 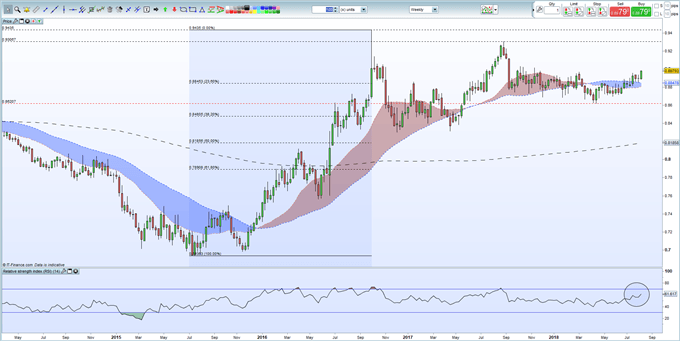 IG Client Sentimentshows retail investors are net-short of EURGBP and recent daily and weekly sentiment shifts add to this strong bullish contrarian trading bias. Retail have been net-short of the pair since June 15 and traders have increased their net-shorts over the last day and week. 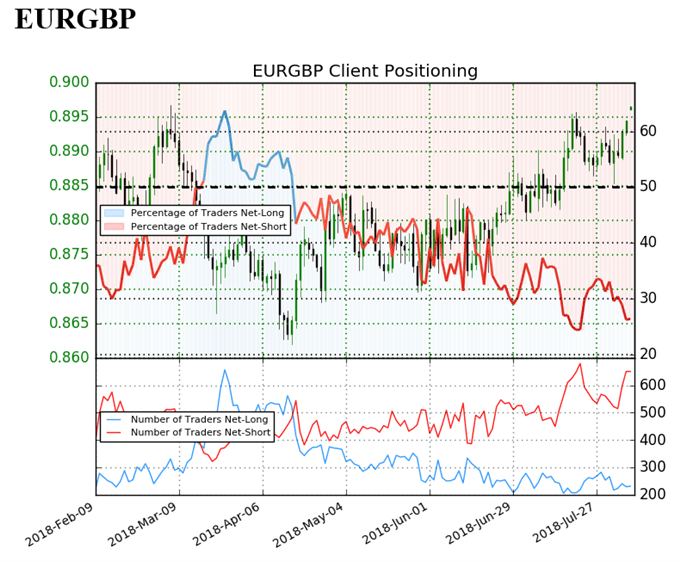 The weekly CFTC Commitment of Traders report – large speculators including hedge funds and CTAs - shows that short positions in the British Pound rose for the second consecutive week, back to levels seen in September 2017. 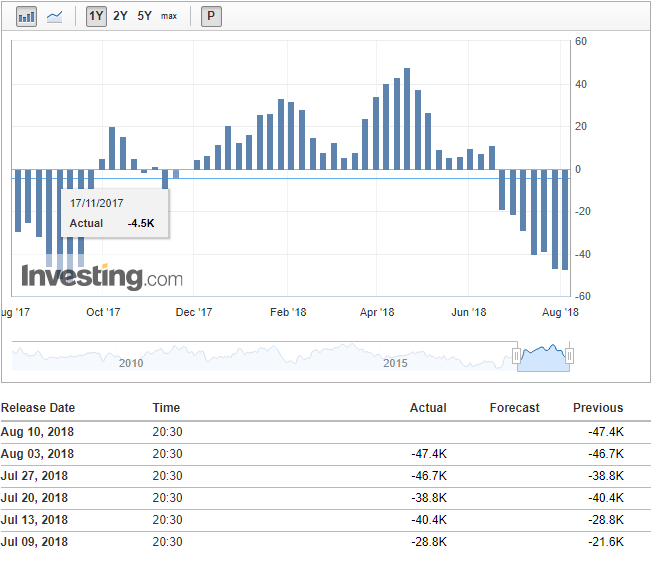