USD/JPY struggles to push back above the 50-Day SMA (113.65) as longer-dated US Treasury yields fall for the third consecutive day, but the Federal Reserve interest rate decision on December 15 may spark a near-term rally in the exchange rate if the central bank shows a greater willingness to implement a rate hike sooner rather than later.

Recent price action in USD/JPY instills a constructive outlook as it clears the opening range for December after defending the November low (112.53), and the exchange rate may continue to exhibit a bullish trend following the Fed’s last meeting for 2021 as the central bank carries out its exit strategy.

It remains to be seen if the update to the US Consumer Price Index (CPI) will influence the Federal Open Market Committee (FOMC) as the headline reading hits a 40 year high, but market participants appear to be bracing for an adjustment in the forward guidance for monetary policy as the central bank is slated to update the Summary of Economic Projections (SEP). 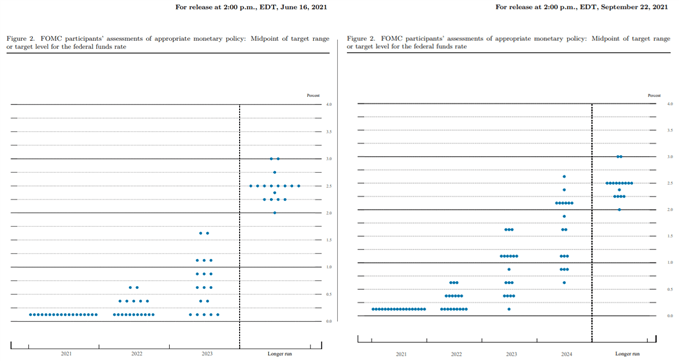 As a result, the interest rate dot-plot may sway the near-term outlook for the US Dollar as St. Louis Fed President James Bullard, who votes on the FOMC in 2022, argues that the central bank “may want to consider removing accommodation at a faster pace,” and USD/JPY may continue to appreciate over the coming months if Chairman Jerome Powell and Co. project a steeper path for the Fed funds rate.

At the same time, more of the same from the Fed may drag on the Greenback as market participants push out bets for higher US interest rates, but the tilt in retail sentiment looks poised to persist as long as USD/JPY exhibits a bullish trend. 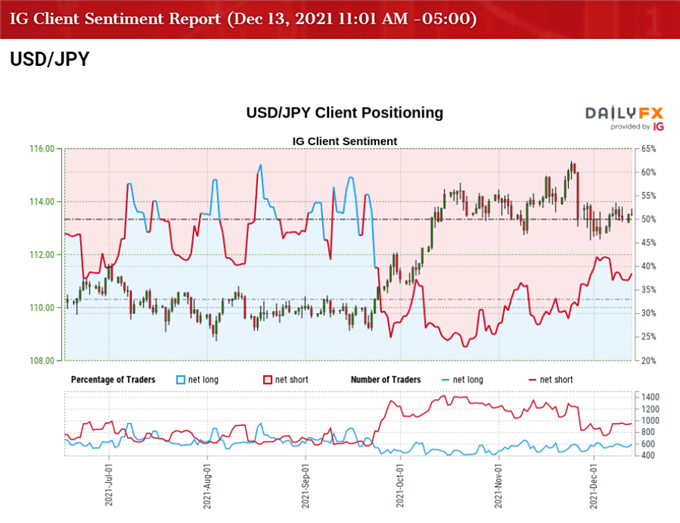 The IG Client Sentiment report shows only 37.46% of traders are currently net-long USD/JPY, with the ratio of traders short to long standing at 1.67 to 1.

With that said, USD/JPY may face a large pullback ahead of the Fed rate decision as longer-dated US yields remain under pressure, but the diverging paths between the FOMC and Bank of Japan (BoJ) may continue to foster a bullish trend in the exchange rate as Chairman Powell and Co. appear to be on track to implement higher interest rates in 2022.