The price of gold preserves the monthly opening range ahead of the Federal Reserve interest rate decision on September 16, but the crowding behavior in the US Dollar appears to be unraveling as retail traders turn net-long GBP/USD for the first time since May.

The price of gold consolidates after touching the 50-Day SMA ($1922) for the first time since June, and precious metal may continue to face range bound conditions as the rebound from the monthly low ($1907) stalls ahead of the Federal Open Market Committee (FOMC) meeting.

The FOMC interest rate decision may shake up the near-term outlook for gold as Fed officials update the Summary of Economic Projections (SEP), and the interest rate dot-plot may show a downward revision in the longer-run forecast as Chairman Jerome Powell and Co. plan to “achieve inflation that averages 2 percent over time.” 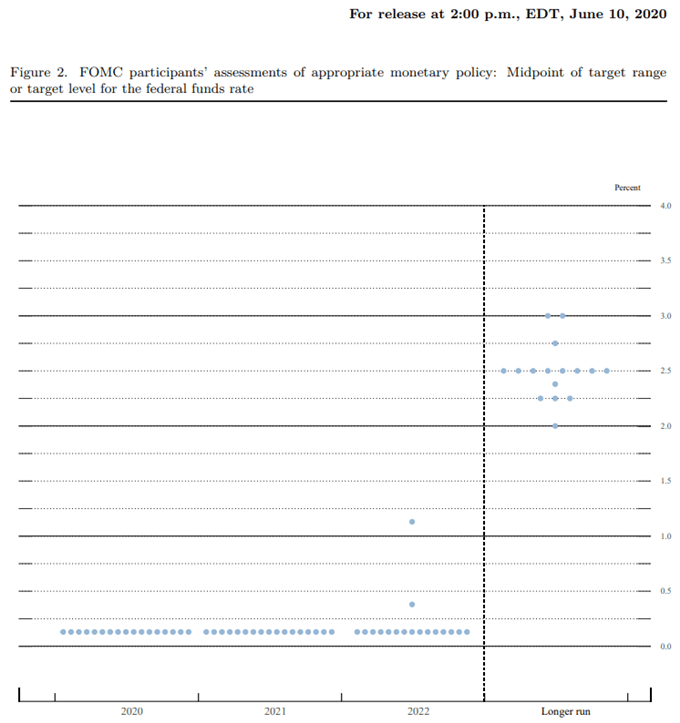 In turn, projections for a lower neutral Fed Funds rate may prop up the price of gold as the central bank remains “committed to using its full range of tools to support the U.S. economy,” and the macroeconomic environment may continue to heighten the appeal of bullion as an alternative to fiat-currencies as theFed’s balance sheet climbs back above $7 trillion in August.

In contrast, more of the same from the June meeting may spark a limited reaction as the FOMC discusses an outcome-based approach versus a calendar-based forward guidance for monetary policy, and gold prices may continue to consolidate over the remainder of the month as the crowding behavior in the US Dollar appears to unwinding. 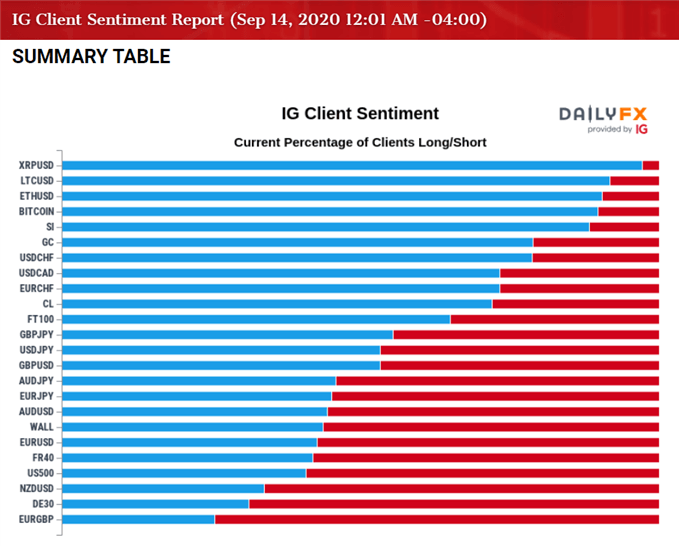 The IG Client Sentiment report continues to show retail traders net-long USD/CHF, USD/CAD and USD/JPY, with the crowd still net-short AUD/USD, EUR/USD and NZD/USD. However, GBP/USD has bucked the trend and highlights a potential shift in US Dollar sentiment as more than 50% of traders are net-long the pair for the first time since May.

It remains to be seen if the tilt in US Dollar sentiment will persist over the remainder of the month as the FOMC vows to “increase its holdings of Treasury securities and agency residential and commercial mortgage-backed securities at least at the current pace,” and the pullback from the record high ($2075) may prove to be an exhaustion in the bullish trend rather than a change in market behavior as the price ofgold trades to fresh yearly highs during every single month so far in 2020.

With that said, the broader outlook for bullion remains constructive as the 50-Day SMA ($1922) continues to track the positive slope from earlier this year, and the Relative Strength Index (RSI) may help to validate the continuation pattern established in August as the indicator appears to be bouncing back from its lowest reading since June.