AUD/USD trades near the 2020 high (0.7227) ahead of the Reserve Bank of Australia (RBA) interest rate decision, and more of the same from the central bank may keep the exchange rate afloat as the crowding behavior in the US Dollar persists.

AUD/USD may show a limited reaction to the RBA as the central bank appears to be on track to keep the official cash rate (OCR) at the record low of 0.25%, and the central bank may stick to the same script as Treasurer Josh Frydenberg extends fiscal stimulus programs like the Jobkeeper Payment for six-months.

In turn, the RBA may retain the current policy throughout the remainder of the year as officials pledge to “not increase the cash rate target until progress is made towards full employment,” but it remains to be seen if the central bank will alter the forward guidance over the coming months as Governor Philip Lowe warns that “there are limitations to what more can be achieved through monetary policy.”

In a recent speech, Governor Lowe insists that “there is an important ongoing role for fiscal policy and use of the government's balance sheet” to combat the economic shock from COVID-19, and it seems as though the RBA will rely on fiscal authorities to “build the bridge to the recovery” as the central bank continues to rule out a negative interest rate policy (NIRP) for Australia. 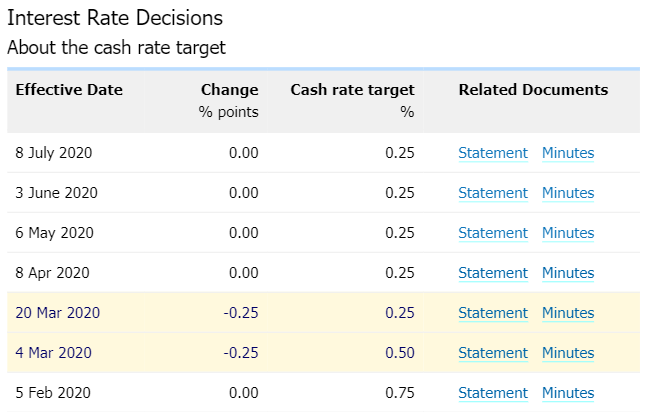 As a result, it seems as though the RBA will stay on the sidelines as “the Bank had not purchased government bonds for some time,” and more of the same from Governor Lowe and Co. may keep AUD/USD afloat as the IG Client Sentiment report continues to reflect crowding behavior in the US Dollar. 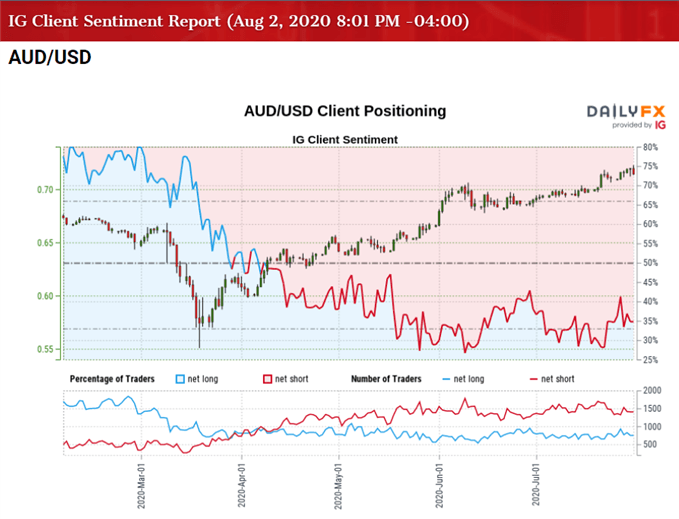 The recent decline in net-long position could be indicative of profit-taking behavior ahead of the RBA meeting, while the ongoing decline in net-short interest suggests stop-loss orders are being triggered as AUD/USD trades near the 2020 high (0.7227).

With that said, current market conditions may keep AUD/USD afloat as the crowding behavior in the US Dollar persists, but the Relative Strength Index (RSI) now appears to be deviating with price as the oscillator struggles to hold in overbought territory and threatens the upward trend established in July.