The price of gold has traded to fresh yearly highs during every single month so far in 2020, and the break above the November 2012 high ($1754) may keep the precious metal afloat as the Federal Reserve prepares to further expand its balance sheet.

The price of gold consolidates after trading to a fresh yearly high ($1760), but the precious metal may continue to exhibit a bullish behavior as Federal Reserve Chairman Jerome Powell tells US lawmakers that the central bank is” committed to using our full range of tools to support the economy in this challenging time.”

However, during the semi-annual testimony in front of Congress, Chairman Powell emphasized that “the tools that the Federal Reserve is using under its 13(3) authority are for times of emergency,” with the central bank head pledging to “put these tools back in the toolbox” once financial and economic conditions improve.

The comments suggest the Federal Open Market Committee (FOMC) will carry out a wait-and-see approach over the coming months as the central bank prepares to launch the Municipal Liquidity Facility along with the Main Street Lending Program, and Fed officials may continue to tame speculation for a negative interest rate policy (NIRP) as Chairman Powell and Co. “expect to maintain interest rates at this level until we are confident that the economy has weathered recent events.”

It remains to be seen if the FOMC will change its tone at the next interest rate decision on June 10 as US lawmakers try to pass another stimulus program labeled the HEROES Act, but the threat of a protracted recovery may force the central bank to retain a dovish forward guidance as “available economic data for the current quarter show a sharp drop in output and an equally sharp rise in unemployment.” 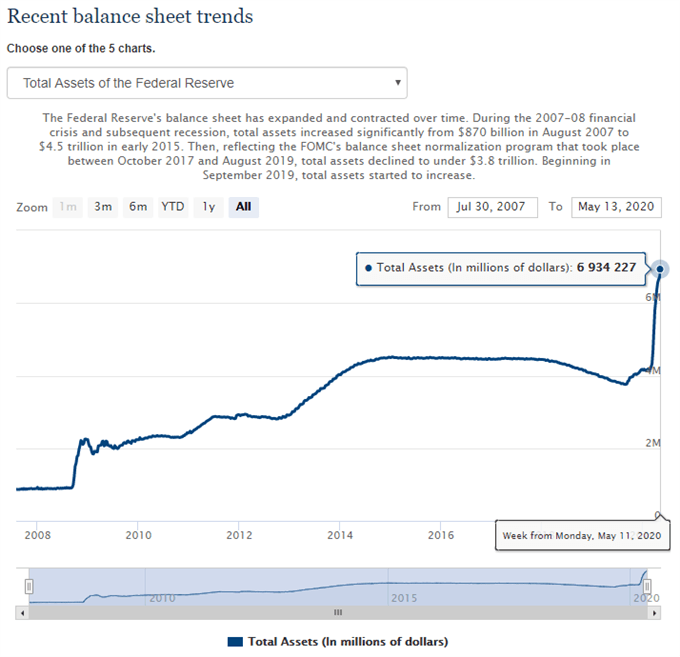 In turn, the FOMC may become increasingly reliant on its unconventional tools as the benchmark interest rate sits at the effective lower bound (ELB), and it remains to be seen if the unprecedented efforts taken by monetary as well as fiscal authorities will spur a V-shaped recovery as major cities like New York remain on lockdown.

With that said, the low interest rate environment along with the ballooning central bank balance sheets may act as a backstop for goldas marketparticipants look for an alternative to fiat-currencies, and the price for bullion may continue to exhibit a bullish behavior as it trades to fresh yearly highs during every single month so far in 2020.