Gold attempts to retrace the sharp decline from the previous week as U.S. President Donald Trump tweets that the Federal Reserve has ‘mistakenly raised interest rates,’ and the price for bullion may stage a larger rebound over the coming days as it snaps the recent series of lower highs & lows. 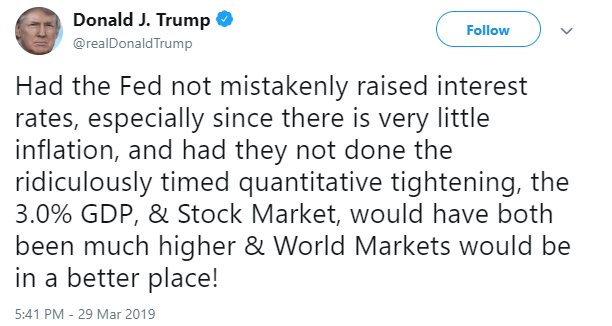 The broader outlook for gold remains constructive as the pullback from the February-high ($1347) fails to produce a test of the 2019-low ($1277), and the lack of momentum to break the yearly opening range may keep the precious metal afloat as the Federal Open Market Committee (FOMC) faces accusations of a policy error.

It remains to be seen if the FOMC will continue to change its tune over the coming months as the inversion in the U.S. Treasury yield curve warns of a looming recession, but it seems as though the central bank largely endorse a wait-and-see approach at the next interest rate decision on May 1 as Fed Governor Randal Quarles remains ‘optimistic about the outlook for the U.S. economy.’ Recent comments from Governor Quarles suggest the FOMC has yet to abandon the hiking-cycle as ‘further increases in the policy rate may be necessary at some point,’ and Fed officials may continue to project a longer-run interest rate of 2.50% to 2.75% as the central bank pledges to be ‘data dependent.’ 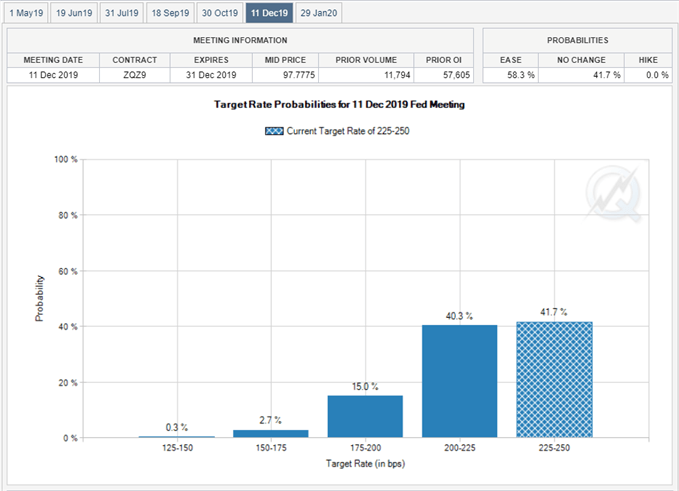 Nevertheless, Fed Fund Futures still reflect a greater than 50% probability for a rate-cut in December, and Chairman Jerome Powell and Co. may continue to adjust the forward-guidance over the coming months as the central bank plans to wind down the $50B/month in quantitative tightening (QT). In turn, upcoming changes in Fed policy may shore up gold prices throughout 2019, with the price for bullion at risk of exhibiting a more bullish behavior over the coming days amid the string of failed attempts to test the 2019-low ($1277). Sign up and join DailyFX Currency Analyst David Song LIVE for an opportunity to discuss potential trade setups. 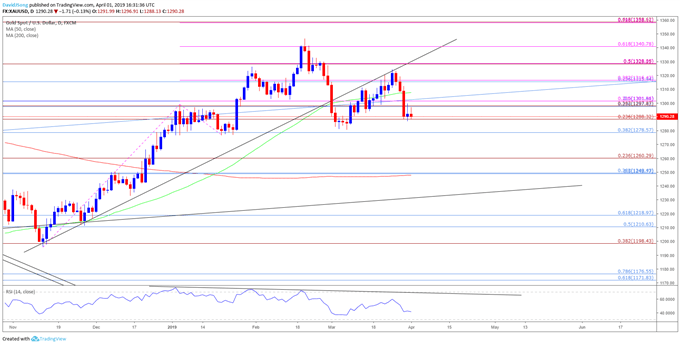