Gold remains under pressure following the U.S. mid-term election, with the price for bullion slipping to a fresh monthly-low ($1204), and the precious metal stands at risk of extending the recent series of lower highs & lows as the Relative Strength Index (RSI) flashes a bearish signal. 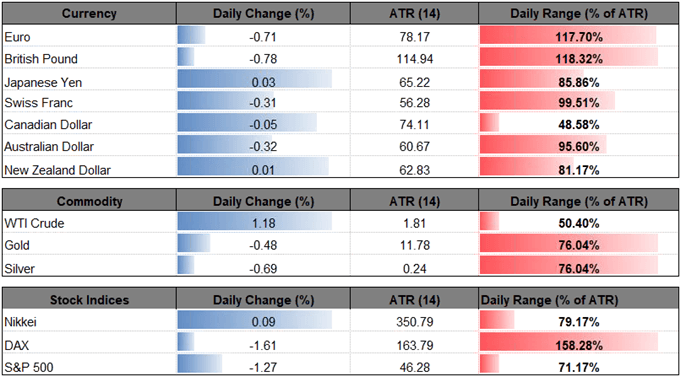 Developments coming out of the U.S. economy may continue to sap the appeal of gold even though the Federal Reserve keeps the benchmark interest rate on hold in November as there appears to be little in the way of derailing the central bank from its hiking-cycle.

Looking ahead, a slew of Fed officials are slated to speak over the coming days, with Dallas Fed President Robert Kaplan hosting Chairman Jerome Powell for a discussion on national and global economic issues, and members of the Federal Open Market Committee (FOMC) may ultimately prepare households and businesses for an imminent rate-hike ahead of its last 2018-meeting in December as the central bank fulfils its dual mandate for full-employment and price stability.

However, the ongoing shift in U.S. trade policy may push the FOMC to extend the hiking-cycle as ‘several participants reported that firms in their Districts that were facing higher input prices because of tariffs perceived that they had an increased ability to raise the prices of their products,’ and a growing number of Fed officials may show a greater willingness to implement above-neutral interest rates in order to keep inflation around the symmetric 2% target.

In turn, speculation for higher U.S. interest rates fosters a long-term bearish outlook for bullion especially as the dollar appreciates against its major counterparts, but sentiment surrounding the precious metal remains skewed, with recent developments warning of range-bound conditions as retail traders fade the stickiness in gold prices. 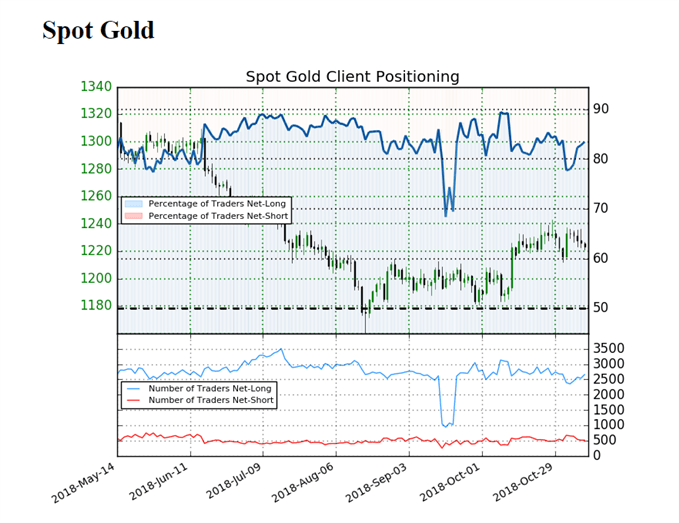 The persistent tilt in retail position undermines the rebound from the 2018-low ($1160) as it offers a contrarian view to crowd sentiment, but a further pickup in net-shorts may give way to range-bound conditions as retail traders appear to be fading the stickiness in gold. Sign up and join DailyFX Currency Analyst David Song LIVE for an opportunity to discuss potential trade setups. 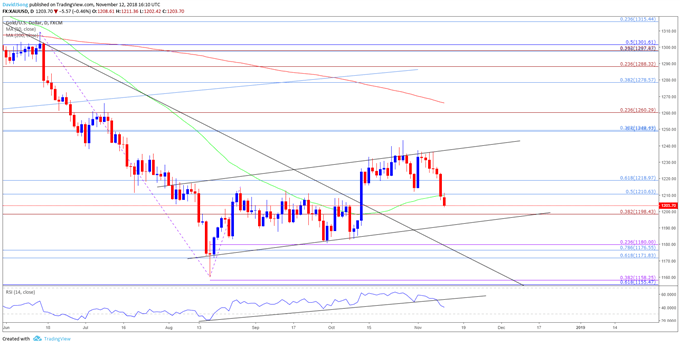