The Q4 earnings season is around the corner, with about 9% of the S&P 500 companies reporting their results in the week of 18-22 January. Peak earnings season arrives in the last two weeks of January 2021, with 25% and 22% of the S&P 500 components releasing results respectively (table below). By then, major American banks and the five FAANG stocks (Facebook, Apple, Amazon, Netflix and Google) would have delivered their scores, which are critical to the performance of the S&P 500, Dow Jones and Nasdaq 100 indices. Investors will focus on fundamental metrics and assess how Corporate America fared in the winter when another severe viral wave hit the economy.

Analysts and companies were increasingly optimistic about Q4 earnings, with the estimated EPS decline for the quarter revised up to -8.8% from -12.7% seen in the end of September, according to data compiled by FactSet. Only 29 S&P 500 companies have issued negative EPS guidance, compared to 56 that gave a positive assessment. Among companies with negative Q4 EPS estimations, the majority are in the aviation, entertainment, tourism, hospitality and energy sectors that were hit the hardest by Covid-related restrictions.

Sector-wise, the largest upward earnings revisions were observed in the financials sector (from -24.1% to -7.5%), led by big banks such as JP Morgan, Bank of America, Citigroup and Goldman Sachs. The outlook for the materials (from -2.0% to 7.1%) and communication services (from -18.2% to -12.9%) sectors have also improved significantly, led by Mosaic, Nucor, Alphabet, Facebook, and Netflix. The energy sector is likely to remain weak, with the expected earnings decline widening from -83.0% to -98.4%. Exxon Mobil, Phillips 66 and Chevron are the key companies to focus on in this sector.

Recently,investors became increasingly wary about stock markets’ rich valuation against the backdrop of a worsening pandemic. The S&P 500 index is trading at a price-to-earnings (P/E) ratio above 30.0, at the highest level in two decades and nearly 50% above the five-year average of 20.5. Such valuation may render the index vulnerable to profit-taking should earnings unexpectedly disappoint. 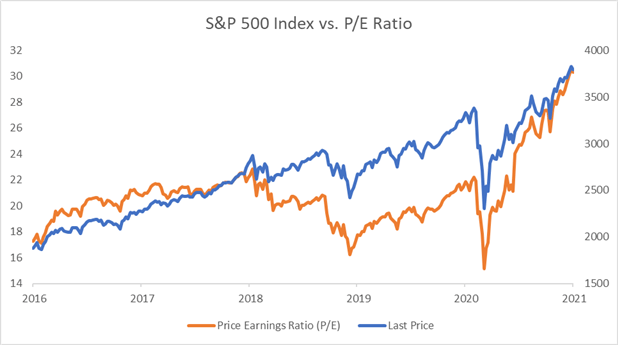 Despite near-term headwinds, a fresh US$ 1.9 trillion Covid-relief plan proposed by President-elect Joe Biden appeared to have revitalized hopes for reflation thanks to a bolder stimulus offset to the virus crisis. The gradual rollout of Covid-19 vaccines around the world may foster a faster pace of recovery and normalization in business activity in the medium term. In the meanwhile, base metal and crude oil prices have surged to multi-month highs, reflecting an improving demand outlook as a recovery appears to get underway.

The cycle-linked energy, materials, financials and industrials sectors have been outperforming since the end of last year, extending a rotation into value from big tech names. The reflation trade may encourage a catch-up rally in the Dow Jones and S&P 500 indices, both of which have largely underperformed relative to the Nasdaq 100 during 2020 as the pandemic hit traditional industries harder. 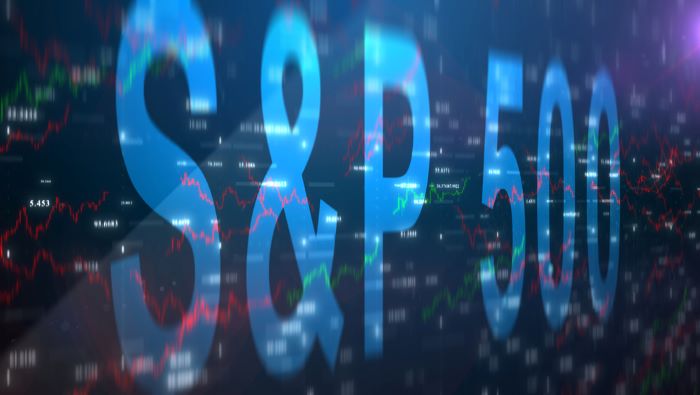