The price of oil is likely to face increased volatility over the coming days as the Organization of the Petroleum Exporting Countries (OPEC) and its allies convene for the Joint Ministerial Monitoring Committee (JMMC) meeting on August 17-18.

The price of oil cleared the July high ($42.51) during the first week of August even though OPEC prepares to reverse the production cuts in response to COVID-19, and it remains to seen if the group will change gears over the coming months as the press release from the previous JMMC meeting reiterates that “the outcomes of the June Meetings extended the first phase of the production adjustments until 31 July 2020.”

It seems as though OPEC and its allies will unwind the voluntary measures from earlier this year as the group insists that “the extra supply resulting from the scheduled easing of the production adjustment will be consumed as demand recovers,” and the group may restore crude out to pre-pandemic levels as the update to the Monthly Oil Market Report (MOMR) reveals an improved outlook for oil consumption. 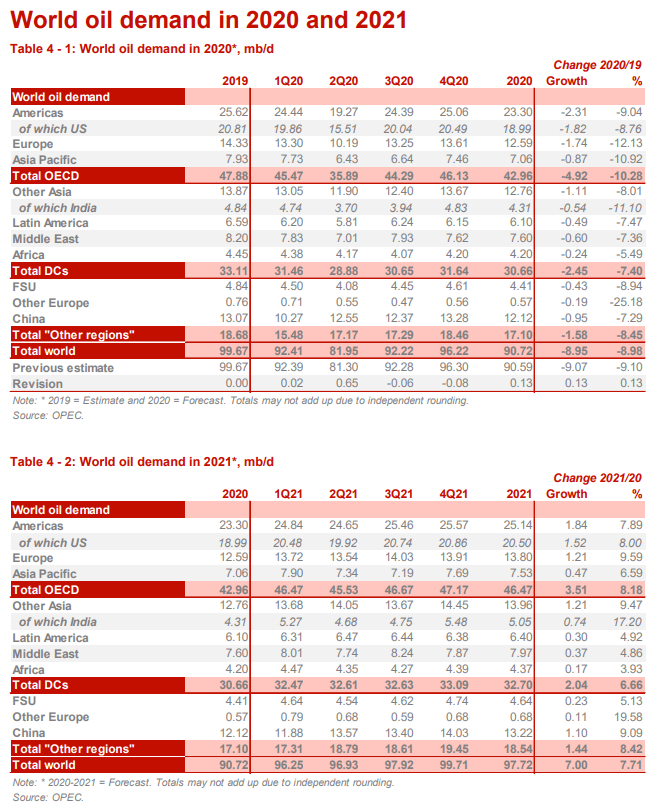 “Global oil demand growth in 2020 is revised up by 0.1 mb/d from the previous month’s assessment” according to the July MOMR, with the report going onto say that “the upward revision reflects slightly better-than-expected oil demand from the OECD region in2Q20, which more than offset downward adjustments to non-OECD oil demand during the same quarter.”

In turn, the expiration of the June agreement may drag on oil prices, but another round of voluntary production cuts from OPEC and its allies may keep oil prices afloat as US crude output sits at its lowest level since 2018.

Recent figures from the US Energy Information Administration (EIA) showed crude production narrowing to 11,000K b/d in the week ending July 31 after holding at 11,100K b/d for two consecutive weeks, and a further slowdown in US output may help to keep the price of oil afloat as OPEC Secretary General Mohammed Barkindo pledges to provide “reassurance to the market that the OPEC+ group is proactive and fully observant of the ever-evolving oil market fundamentals.”

With that said, developments coming out of the JMMC meeting may influence the price of oil as OPEC and its allies prepare to restore crude output to pre-pandemic levels, but another round of voluntary production cuts may keep energy prices afloat as US output remains stagnant.