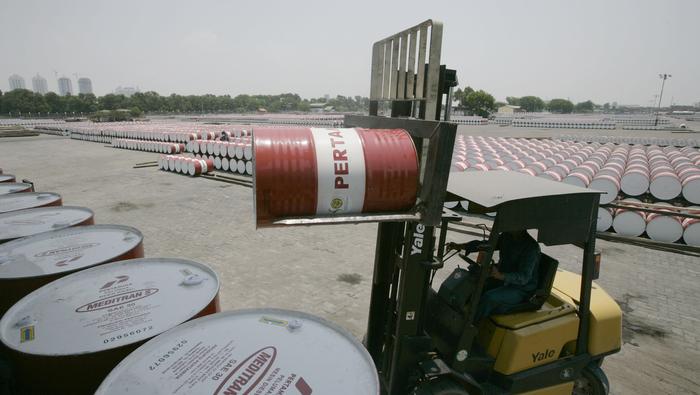 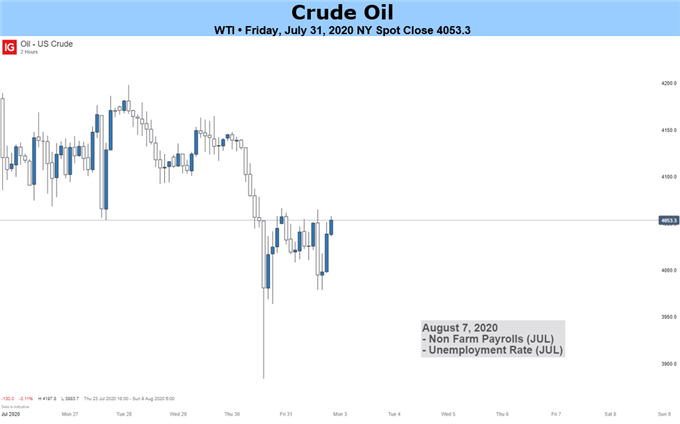 Crude oil prices may struggle finding further upside momentum ahead as the commodity could be exposed to competing fundamental forces. WTI has been slowly recovering from April’s bottom as countries around the world have been gradually easing lockdown measures imposed to contain the outbreak of the coronavirus. This has been helping to push up demand for the commodity.

Recommended by Daniel Dubrovsky
What is the road ahead for crude oil in Q3?
Get My Guide

The United States and China, which are the two largest economies in the world, have seen their demand for crude oil rise after finding a bottom during the peak of the coronavirus outbreak. Oil consumption has appeared to recover more swiftly from China as the US contends with a surge in cases and deaths as of late. Still, these two economic powerhouses have been arguably aiding to boost the price of oil.

According to the Energy Information Administration (EIA), the two nations combined accounted for about 34 percent of global oil consumption in 2017. 20% of that was from the US. Should cases and deaths continue rising here, that may lead to stricter lockdown measures, reversing progress in restoring oil demand to pre-COVID levels. That may weigh on oil in the near term.

Meanwhile the Organization of the Petroleum Exporting Countries (OPEC) is planning on reversing some of the output cuts initiated earlier this year heading into August. According to Bloomberg, the OPEC+ alliance took off about 10 percent of world supply earlier this year. Now in August the cartel, as well as external partners, are expecting to restart roughly 1.5 million barrels of output next month.

All Eyes on US Jobs Report

That may keep prices under pressure as financial markets await the US jobs report on Monday. On the whole, data out of the world’s largest economy continues to broadly outperform relative to economists’ expectations. Higher-than-expected employment gains may boost expectations of future growth, especially with the Federal Reserve in no rush at all to raise rates or unwind its balance sheet any time soon.

With that in mind, it is a neutral call for the crude oil fundamental outlook. 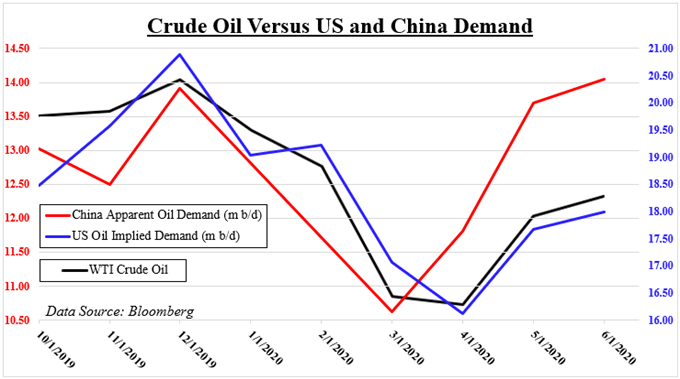