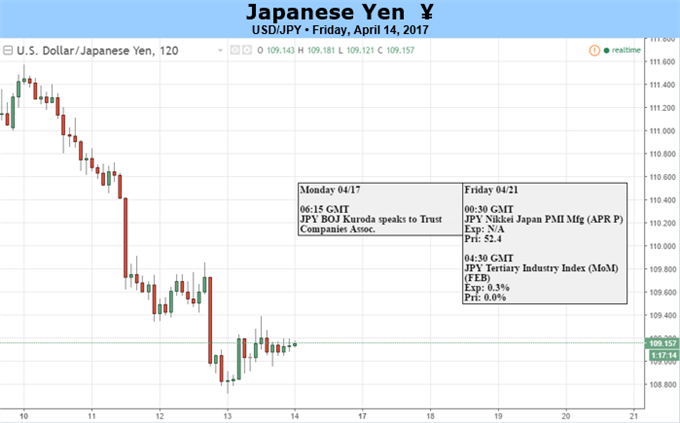 USD/JPY slipped to a fresh 2017-low of 108.72 amid the escalation in geopolitical risk, with U.S. President Donald Trump warning the greenback was ‘too strong,’ and the pair may continue to give back the advance from late-2016 as risk sentiment abates.

Concerns surrounding Syria accompanied by the threat posed by North Korea appears to have heighten the appeal of the Japanese Yen especially as the U.S. becomes increasingly involved in foreign affairs, and the pair may continue to carve a series of lower highs & lows in the week ahead as global benchmark equity indices struggle to hold their ground. Like dollar-yen, the Nikkei 225 also tumbled to a fresh yearly low of 18,302, and a further deterioration in risk appetite may fuel the recent decline in the exchange rate as market participants now treat the U.S. dollar as a higher-yielding currency.

With the Federal Open Market Committee (FOMC) on course to further normalize monetary policy over the coming months, the deviating paths are likely to encourage a long-term bullish outlook for USD/JPY as the Bank of Japan (BoJ) continues to embark on its Quantitative/Qualitative Easing (QQE) with Yield Curve Control, but Governor Haruhiko Kuroda appears to be changing his tune as the central bank head starts to layout a tentative exit strategy.

BoJ Governor Kuroda warned the central bank will remove the non-standard measures once it reaches the 2% target for inflation, and went onto say that a further deprecation in the Yen would make it easier to achieve the goal as the economy stands at full-employment. Even though the BoJ keeps the door open to further embark on its easing-cycle, the comments suggest the BoJ is in no rush to implement more unprecedented measures, and the central bank may toughen the verbal intervention on the local currency as officials strive to achieve the inflation-target over the policy horizon. 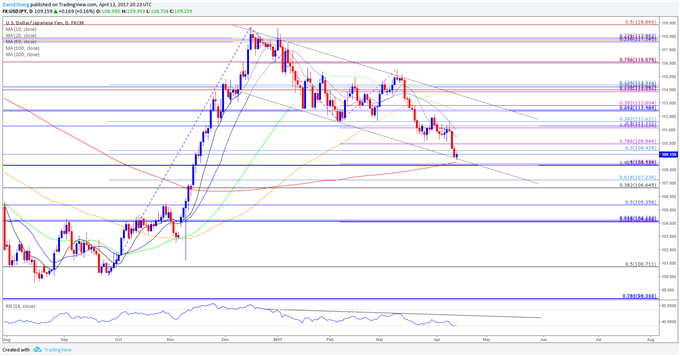 The recent series of lower highs & lows in USD/JPY keeps the near-term outlook tilted to the downside, with the pair at risk for a further decline as the Relative Strength Index (RSI) appears to be pushing into oversold territory. The break below the near-term support zone around 109.40 (50% retracement) to 109.90 (78.6% expansion) opens up the next downside target around 108.30 (61.8% retracement) to 108.40 (100% expansion), which sits just below the 200-Day SMA (108.57), but the pair may stage a rebound following the Easter holiday as the pair comes up against channel support.

Check Out the DailyFX Guides for Additional Trading Ideas 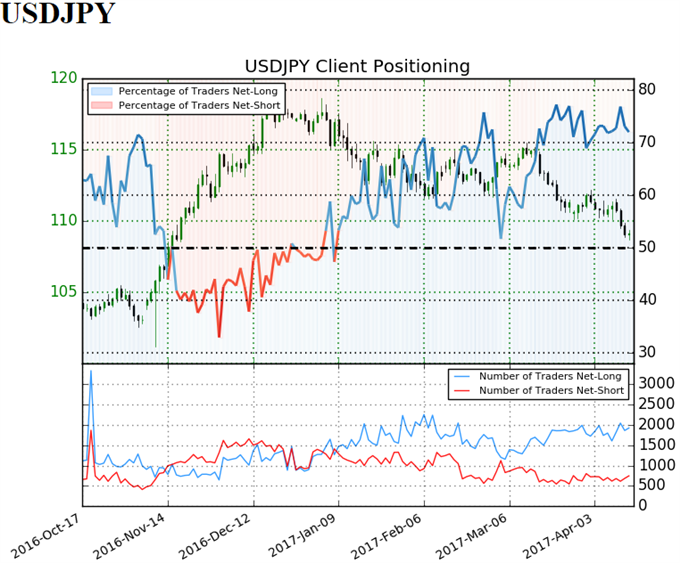