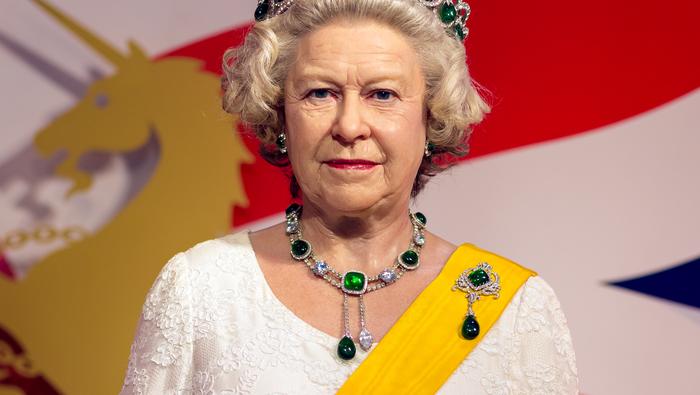 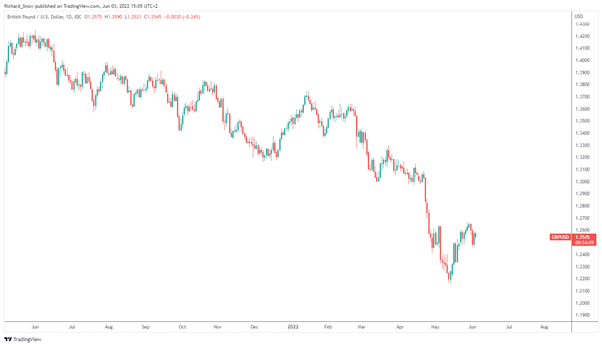 At the Bank of England’s last meeting on the 4th of May, members of the Monetary Policy Committee (MPC) voted 6-3 in favor of a 25 basis point hike with the other 3 in favor of a 50 bps hike. Since then, annual CPI inflation jumped from 7% in March to 9% in April as the harsh consequences of the war in Ukraine exacerbate existing supply chain issues. Russian oil accounts for around 8% of the UK’s oil imports and the island kingdom is committed to phasing this out by the end of the year.

In a response to the cost-of-living squeeze, UK finance minister Rishi Sunak announced a £15 billion package to assist low-income households with the rising cost of energy and food prices. The package is estimated to be partially financed through a special windfall tax on energy companies which is estimated to be around £5 billion.

The targeted fiscal support provides the BoE with a slight buffer as it faces no other choice than to hike into weakness. Rate hikes are the Bank’s only real tool to fight supply side inflation and comes at the cost of lower economic activity and lower growth (GDP).

The neutral stance of this forecast emanates form a softer US dollar and a deteriorating UK outlook. Positive NFP data hardly provides more impetus for the dollar as a strong labor market has been established for many months now and could even deteriorate from current levels without causing the Fed to rethink its aggressive rate hiking path. While the pound remains week, the pair is largely at the mercy of the dollar – which has been vulnerable in recent sessions. In addition, many UK traders have been off desk since Thursday with the Queen’s Platinum Jubilee celebrations set to go on into the weekend.

After better-than-expected US jobs data and slightly lower services PMI data the focus turns to next week where we see final print for UK services PMI for May which dropped drastically in the prior print, signaling a deteriorating economic outlook. Towards the end of the week we see US inflation data which is expected to drop or least print in line with prior print in the case of headline inflation.

Given the much talked about stagflation concerns around the UK economy, there was and still is to a degree, a risk that the rate of future hikes is revised lower. However, Implied probabilities via money markets suggest that we are to see around 140 more bps worth of hikes into year end, with at least 25 bps being added at each of the remaining meetings this year.