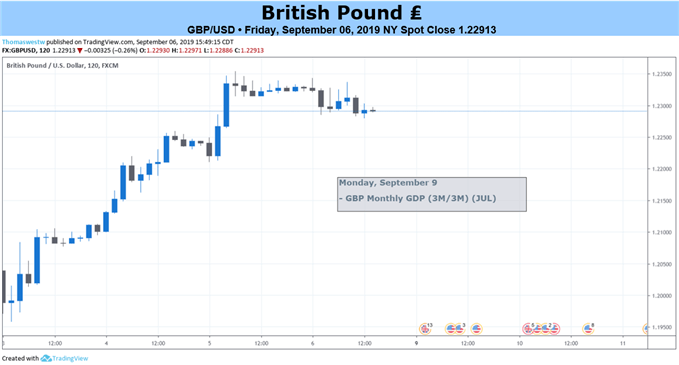 GBP has undergone a turbulent week after UK Prime Minister Boris Johnson suffered two consecutive defeats that pushed back his agenda for Brexit. One was a rejection to hold a snap election in October – less than three weeks from the October 31 deadline – and the other was a bill that compels Johnson to ask the EU for a three-month extension. After he said he would “rather be dead in a ditch” than to request a delay, he added:

"We either go forward with our plan to get a deal, take the country out on 31 October which we can or else somebody else should be allowed to see if they can keep us in beyond 31 October” 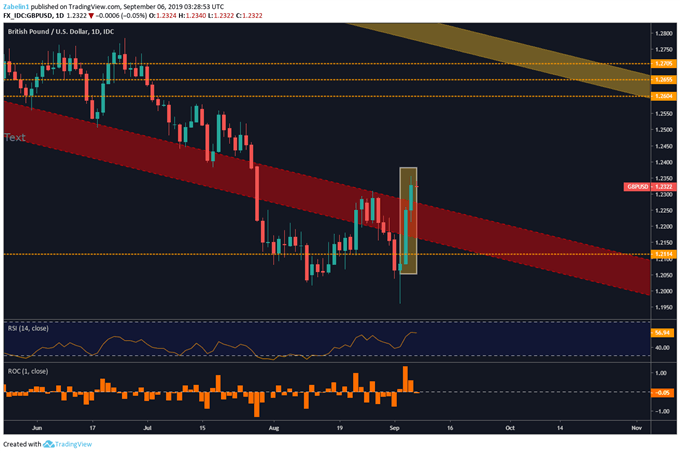 The bill stipulates that the Prime Minister will have until October 19 to push a deal through Parliament or he will have to gather an adequate number of MPs to approve a no-deal outcome. Once the deadline has passed, Mr. Johnson will have to ask for a delay of the UK-EU divorce to January 31 2020. The bill also includes – the precise wording the PM will have to use in a letter to the EU in asking for an extension.

However, the prospect of a general election is still not completely dissolved after opposition Labor Party Leader Jeremy Corbyn stated he would be in favor of one if a no-deal Brexit was off the table. The recent vote on a bill stipulating avoidance of a no-deal outcome therefore puts the possibility of a general election on the table. The government is expected to resubmit another motion on Monday. Will it be defeated again?

To quote Hamlet “that is the question”. Anxiety about delivering a politically-feasible deal may continue to grow as we approach the mid-October EU Council summit. European and UK officials are not likely to reach a deal at the meeting, which may result in Mr. Johnson having to ask to delay the divorce. However, he also reiterated he does not intend to. This leaves the door open to yet another stalemate – only with less time to resolve it.

Next week, the Bank of England Governor Mark Carney will be speaking with US Treasury Secretary Steven Mnuchin about monetary policy at the Council of Foreign Relations. Mr. Carney’s outlook will be particularly interesting to observe considering how he has to navigate policy in large part around a political narrative that continues to entangle itself and fall closer to the precipice of an economic disaster.