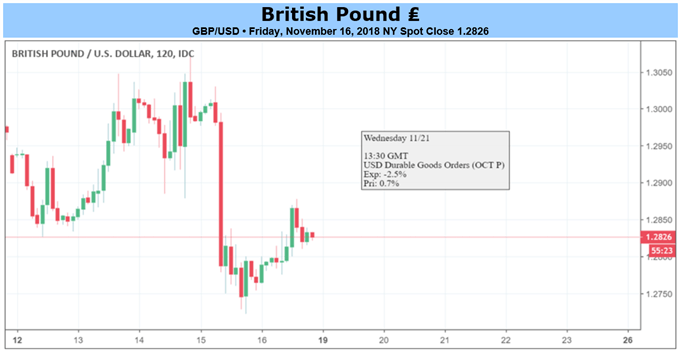 With the current fractured political backdrop within the UK, taking a position in Sterling has become a very risky trade as technical and fundamental analysis can be rendered null and void in seconds by commentary or unofficial announcements from a wide range of media sources and platforms. While Sterling volatility had been widely expected to rise as the Brexit clock ticked down, the current state of the UK political backdrop makes arguing for a position on GBP nigh on impossible.

The current state of play sees UK PM May possibly facing a vote of no confidence next week, while the draft agreement in its present form is said to be unlikely to be passed by the UK Parliament. This would leave negotiations in a stalemate ahead of calls for either a second referendum or a general election. The EU’s current negotiating position is that they have done all that they possibly can while respecting their red lines, although they may make some, small, concessions if they believe that they can get a deal done. Again, nothing is counted out or can be taken for granted.

Brexit Effect on Pound and UK Stocks: Impact of Deal or No Deal.

On Mondays we will take an in-depth look at important UK data releases, Brexit and other UK asset market drivers at 10:30GMT in our UK Key Events and Markets Webinar. and we will try and make sense of what is going on and how it will affect markets.

This week’s GBPUSD chart is being shifted around by moves in both Sterling and the US dollar, making position taking difficult. With moves so sharp, the current levels of risk/reward do not justify getting involved in the market and it may well be better to sit this one out on the sidelines until the market becomes clearer. Traders should remember that there are a wide variety of other asset classes where strong technical and fundamental analysis will currently give you a better risk/reward. 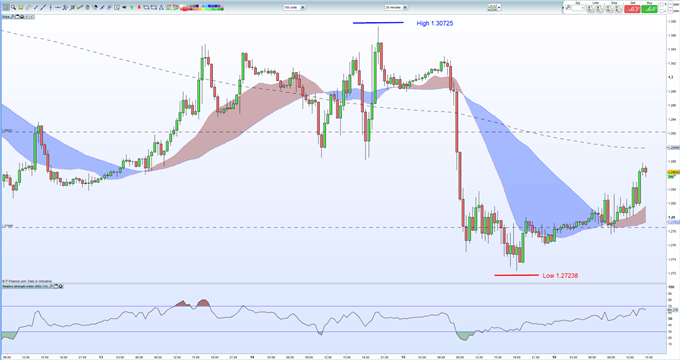