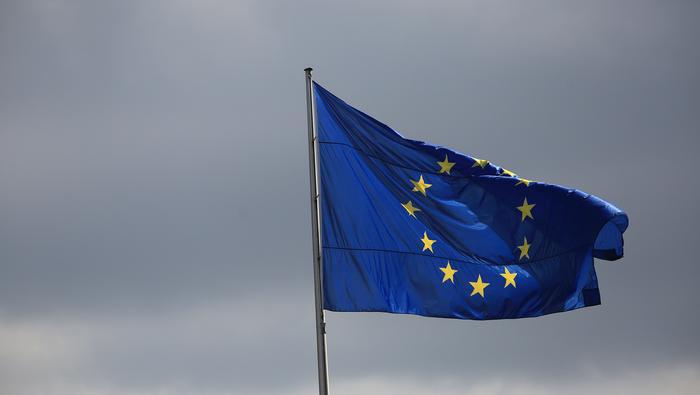 Euro Forecast: EUR/USD May Fall Further in Week Ahead, 1.14 Likely 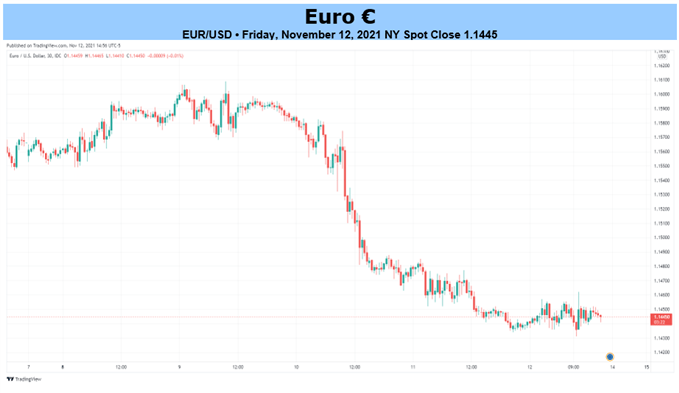 The Euro is continuing to suffer from the perception that the European Central Bank will not be tightening monetary policy until well after some of the other major central banks, including the US Federal Reserve and the Bank of England. Even though the markets long ago priced that in, last Wednesday’s steep fall in EUR/USD after a shocking set of US inflation data suggests that the slide in the pair is far from over.

The December 16 meeting of the policymaking ECB Governing Council remains key as by then the council members will have received the revised forecasts for the Eurozone economy. Even though inflation hit a 13-year high in October at 4.1% – more than double the ECB’s target of 2% in the medium term – the key question will be whether the council members will still expect it to fade in the coming months.

The bad news for Euro bulls is that they are most likely to continue to believe it will, and that will likely mean not just a near-term fall in EUR/USD below 1.14 but longer-term weakness too.

This is a possible timetable: In March next year, the ECB will end its pandemic emergency purchase program, or PEPP, and all its bond-buying programs could be wound up by the Fall. Yet, in the words of ECB President Christine Lagarde, it is “very unlikely” that there will be a rate hike next year.

So even if the main asset purchase program, or APP, continues for several months after the PEPP, the ECB will still lag behind the Fed in tapering its asset purchases and hiking interest rates. For sure, we won’t know any of this for certain until the December 16 unveiling of the ECB’s QE tapering plans, but as long as it expects price pressures to fade next year the Euro’s underperformance is set to continue.

Week ahead: Eurozone GDP and CPI

Turning to the week ahead, there are few Eurozone data points of note. The third-quarter GDP figures Tuesday are a second estimate, and the October inflation numbers Wednesday are final data that will only be interesting if the year/year rate is far from the 4.1% first reported.