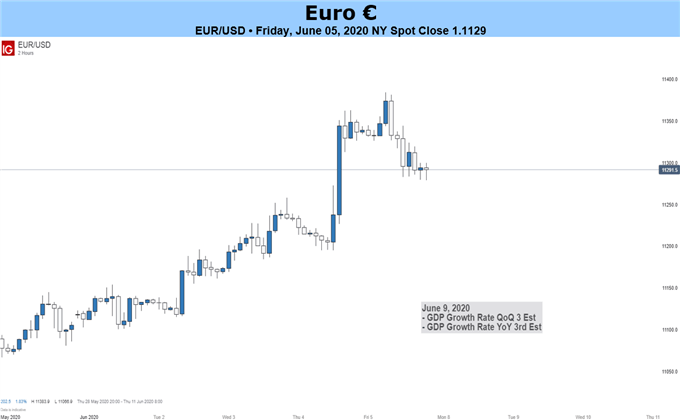 Attention this coming week will likely center on the European Commission’s proposed €750 billion package to help the EU economy recover from the damage caused by the Covid-19 pandemic. It is expected to be discussed Thursday at a meeting of the Eurogroup, the informal body where the ministers of theEurozone member statestalk about matters relating to their shared responsibilities for the Euro.

The path to an agreement will be rocky. Last week, for example, Finland’s government said it would reject the proposal in its current form. Nonetheless, the Eurogroup will likely prepare the way for the plan to be discussed by the EU heads of state and government at a meeting of the European Council on June 19, paving the path for a deal later this summer, and that should keep the Euro heading higher. 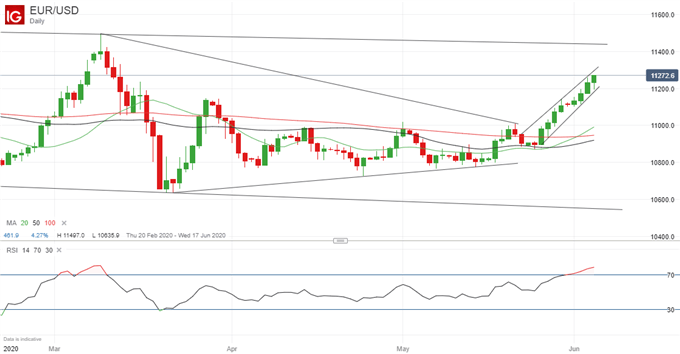 Generally, monetary and fiscal measures to stimulate growth tend to weaken currencies but for now they are being welcomed by markets fearful of a slow, weak recovery from the economic slump caused by the spread of the coronavirus. The Euro is therefore benefiting from what appears to be an unusually coordinated response from the EU authorities.

As well as the Commission’s plan, the European Central Bank announced last week that it would raise its bond purchases by a larger-than-expected €600 billion to €1.35 trillion and that its buying will run until at least the end of June next year, six months longer than previously planned. Also last week, Germany’s coalition government said it has agreed a €130 billion fiscal stimulus package that will cut taxes and hand €300 per child to every family.

Week ahead: Industrial production and trade

Turning to the economic data, the week ahead is very light on statistics. Industrial production figures are due for Germany, France and then the Eurozone as a whole but are unlikely to have an impact on the Euro. Similarly, German and French trade data, and the third estimate of first-quarter Eurozone GDP growth, can probably be safely ignored by traders.