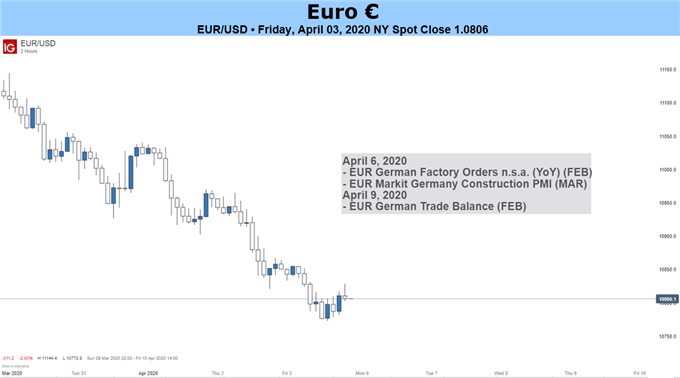 Euro price may depend on coronabond decision

A crucial decision by the Eurozone nations on whether to issue debt guaranteed by all of them collectively and individually is coming closer – and the outcome of the discussions will likely determine the future strength or weakness of the Euro over the coming weeks.

The plan is backed by countries including France, Italy and Spain, which have been hard-hit by the coronavirus pandemic as it would likely lower the cost of their borrowing to raise funds to tackle its likely economic impact. However, the more fiscally-conservative Eurozone countries, including Germany and the Netherlands, are opposing the idea both for ideological reasons and because it would increase their funding costs, albeit probably only marginally.

An agreement on the issue of debt to help fund efforts to prevent the spread of Covid-19 having a devastating economic impact on the Eurozone – inevitably dubbed “coronabonds” – would likely strengthen the Euro while the plan’s rejection would likely weaken it, at least in the longer term, and add to the recent downward pressure on the common currency. 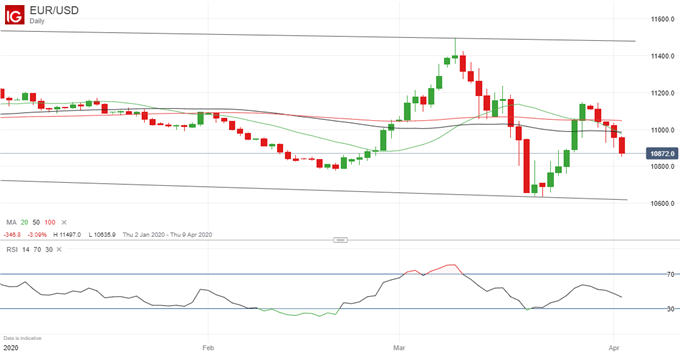 As the chart above shows, the past week saw a quite dramatic slide in EUR/USD, with the Euro seen increasingly as a “risk-on” asset like stocks, the Canadian Dollar, the British Pound and the Australian Dollar that suffer most when money flows into cash and haven assets such as the US Dollar and US Treasuries at times when market confidence is ebbing away.

Technically, therefore, EUR/USD might be expected to weaken further now it is in an established downtrend. However, retail traders were not just short the pair last week – having sold it in the hope of buying back later at a lower price – but were increasing their short positions. If you take a contrarian view of retail trader positioning, as we do at DailyFX, that would suggest a rally is now due.

Overall, therefore, EUR/USD will likely trade sideways until the decision on coronabonds unless there is another big shift in sentiment towards or away from safe havens. With the US Dollar seen increasingly as the ultimate haven – rather than gold, the Japanese Yen or the Swiss Franc – EUR/USD would likely be impacted more than most other assets by such a shift in sentiment, particularly as it remains the world’s most traded currency pair.

Note incidentally that no high-impact economic data are scheduled for the Eurozone in the week ahead, although German factory orders on Monday and industrial production on Tuesday are worth watching out for even though the figures are for February and therefore of limited relevance.

Note too that the European Central Bank has announced that its strategic monetary policy review – its first since 2003 – has been postponed for six months because of the coronavirus pandemic. The conclusion of the strategy review will thereforelikely be published in mid-2021 rather thanat the end of 2020.