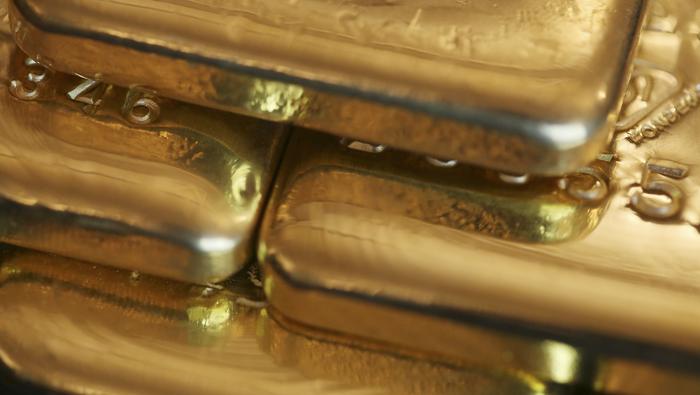 Gold shined last week, aided by a late-week rally after geopolitical tensions over an impending Russian invasion into Ukraine intensified. The risk of war has investors flowing into safe-haven assets, pushing gold to its highest level since November 19, as the United States and the United Kingdom warned its citizens to leave the country as soon as possible. US National Security Advisor Jake Sullivan spoke Friday, warning that Russian forces are now capable of mounting an attack with little notice.

Earlier last week, the US reported its highest rate of inflation in 40 years, causing the yield curve to flatten as traders priced in a more aggressive outlook on monetary tightening. That signals a possible growth slowdown may be on the horizon. US consumer confidence fell too. That is bad news for the economic recovery seeing as how the Fed hasn’t even started to hike rates yet.

The super-charged CPI numbers did bolster the chances for a 50-basis point rate hike at the March FOMC meeting. Some rate traders are speculating over the possibility of an emergency rate hike, fearing that the Federal Reserve has now fallen behind the curve on inflation. That would mark a major shift in the central bank’s calculus from just a few months ago when the Fed removed ‘transitory’ from its verbiage over inflation.

Breakeven rates – a market-based inflation outlook gauge – rose to their highest levels of 2022. That is a tailwind for gold as it suggests markets see higher inflation, which is a boon for gold. Volatility in equity markets should provide XAU with an added tailwind. Traders will watch the upcoming US retail sales print for January and the FOMC minutes to gauge gold’s fundamental situation concerning rate hikes and the broader economic recovery. In the meantime, markets will be watching the newswires for any news out of Ukraine. 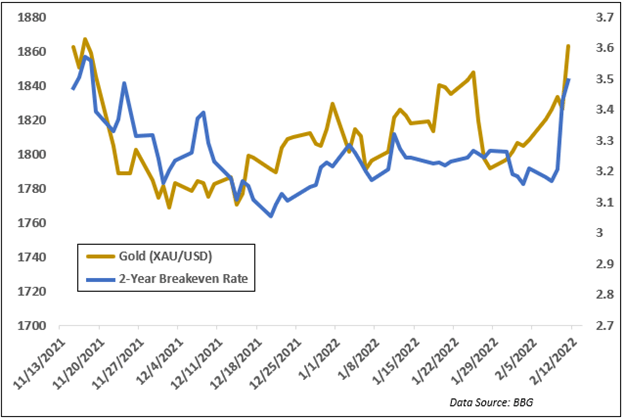