Gold Prices Rally to Fresh Yearly ahead of Jackson Hole 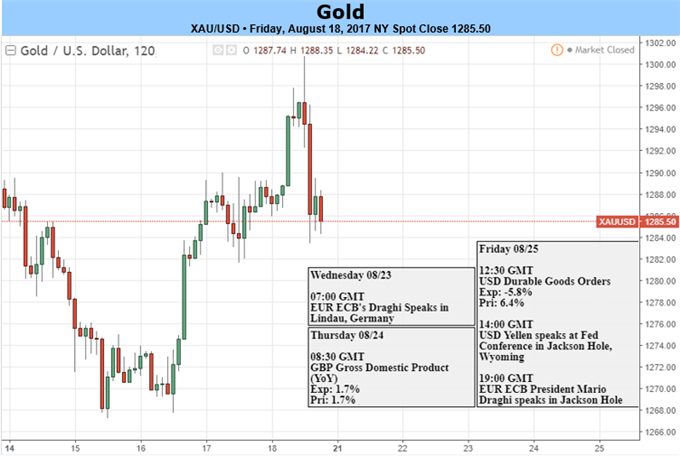 Gold prices are softer this week with the precious metal down 0.30% to trade at 1285 ahead of the New York close on Friday. The declines come amid a spike in market volatility with the major U.S. equity indices lower on the week. Ongoing turmoil within the White House and uncertainty regarding whether President Trump will be able to push through business friendly fiscal reforms have begun to weigh on markets.

Gains in bullion prices have also been supported by escalating geo-political threats with the ongoing North Korean showdown and terrorist attacks in Spain further fueling demand for the perceived safety of the yellow metal. Looking ahead, these headline risks will continue to weigh on broader market sentiment.

All eyes will be on Jackson Hole Wyoming next week for the annual monetary policy symposium. Fed Chair Janet Yellen will be joined by ECB President Mario Draghi to discuss challenges confronting monetary policy as global central banks look to begin the normalization process. With both central banks still struggling to achieve their baseline 2% inflation target, traders will be looking for the tone of the commentary as it pertains to interest rates moving forward (as well as the off-load of the Fed’s massive balance sheet). As it stands, markets have seemingly priced out the probability of any additional rate-hikes in 2017. 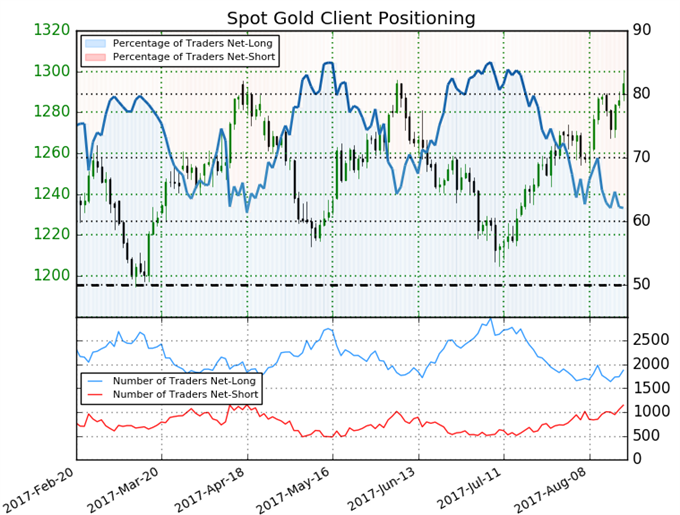 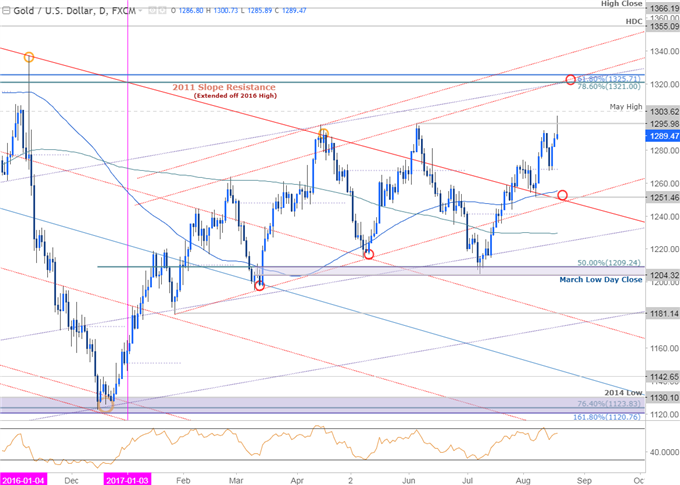 Earlier this week we postulated that gold might be on course to post fresh yearly highs after testing monthly open support mid-week. The subsequent rally failing at 1300 before pulling back sharply. Price response to this level leaves the immediate risk lower heading into next week, but the broader outlook remains weighted to the topside while above 1251. A topside breach eyes subsequent targets at 1321/25. 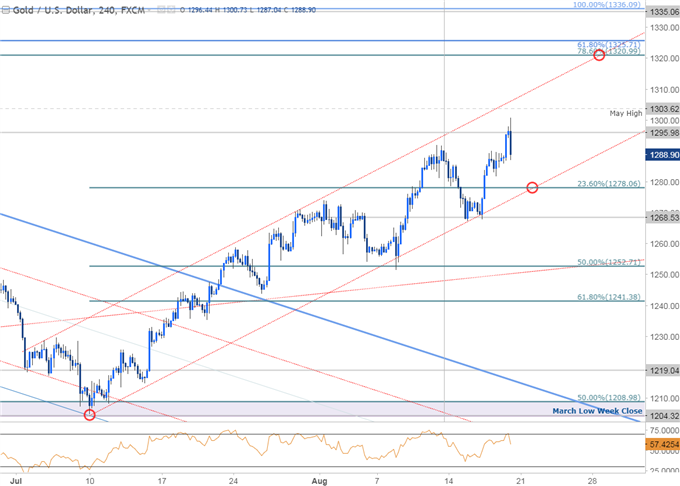 A closer look at price action sees gold holding within the confines of a well-defined ascending channel formation off the July lows. A rebound off channel support early this week saw prices break to fresh yearly highs on Friday – but not before posting a massive 4-hour reversal candle just ahead of channel resistance.

Heading into next week, the threat remains for a deeper pullback here but the broader focus remains higher while channel support /1278 with bullish invalidation set to the monthly open at 1268. Bottom line: we’re shifting our weekly bias to neutral heading into next week while noting a constructive outlook while within this channel.