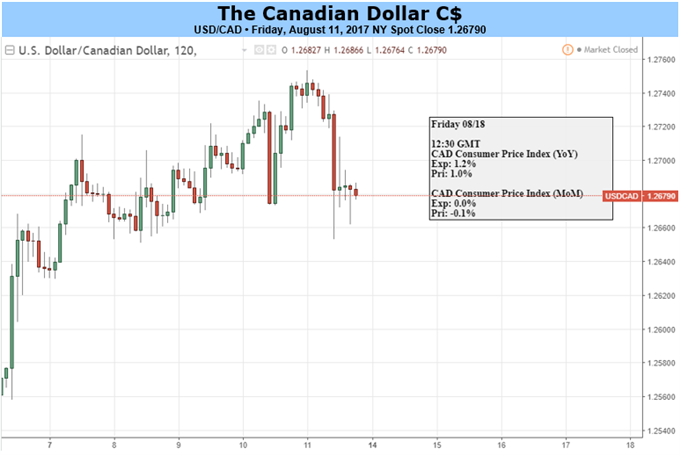 The near-term recovery in USD/CAD appears to be stalling ahead of the Federal Open Market Committee (FOMC) Minutes as market participants scale back bets for another rate-hike in 2017.

U.S. Treasury Yields are under pressure, with Fed Fund Futures now highlighting a less than 50% probability for a move in December as the Consumer Price Index (CPI) continues to fall short of market expectations. Signs of subdued price growth may keep the FOMC on the sidelines and Chair Janet Yellen & Co. may merely try to buy more time at the next interest rate decision on September 20 as ‘overall inflation and the measure excluding food and energy prices have declined and are running below 2 percent.’ In turn, the fresh rhetoric coming out of the Fed may produce headwinds for the dollar if central bank officials show a greater willingness to carry the current policy into 2018.

In contrast, the Bank of Canada (BoC) may adopt a more hawkish tone as consumer prices are anticipatedto pick up in July. It seems as though the BoC will look through the recent weakness in the CPI as ‘the factors behind soft inflation appear to be mostly temporary,’ and Governor Stephen Poloz and Co. may prepare Canadian households and businesses for higher borrowing costs as ‘the output gap is now projected to close around the end of 2017, earlier than the Bank anticipated in its April Monetary Policy Report (MPR).’ As a result, the shift in USD/CAD behavior may continue to unfold in the second-half of the year as the BoC appears to be on course to further normalize monetary policy over the coming months. 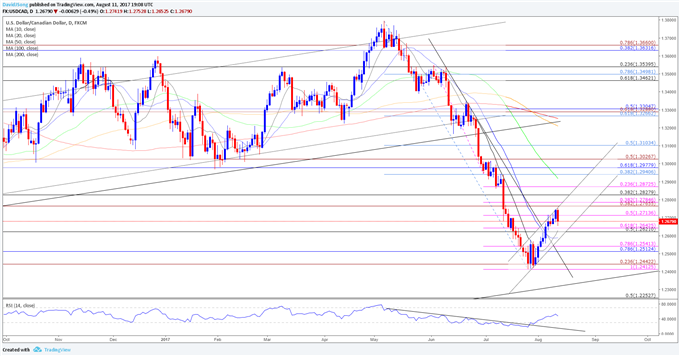 Near-term outlook for USD/CAD remains supported by the upward trending channel carried over from late-July, while the Relative Strength Index (RSI) continues to recovery from oversold territory. However, the lack of momentum to clear the Fibonacci overlap around 1.2770 (38.2% expansion) to 1.2780 (38.2% expansion) may keep the pair capped as the rebound from the July-low (1.2413) appears to be losing steam, with dollar-loonie snapping the series of higher-lows carried over from earlier this month. 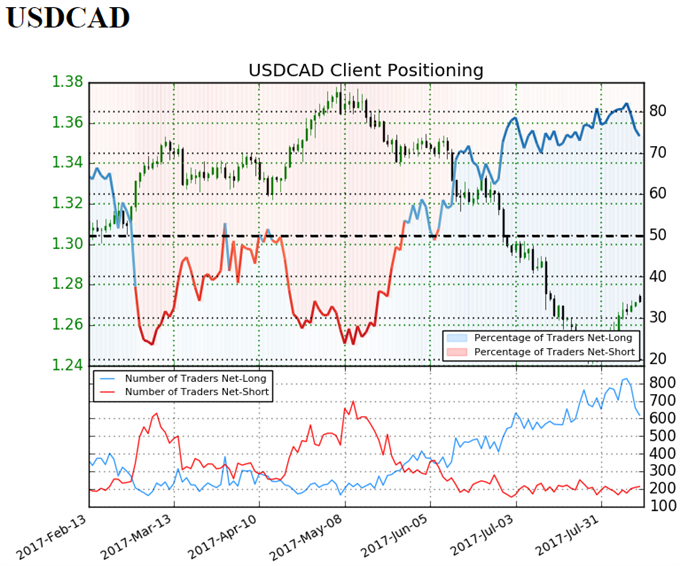