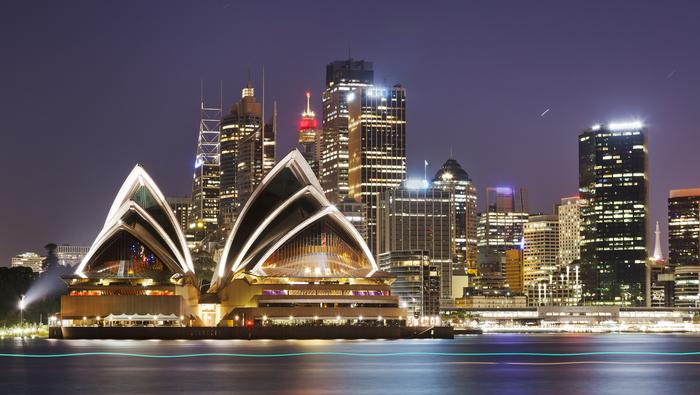 The Australia Dollar faced headwinds throughout the second quarter of 2021 as the Reserve Bank of Australia (RBA) offered a dovish forward guidance for monetary policy, with AUD/USD trading to a fresh yearly low (0.7477) in June as Federal Reserve officials project two rate hikes for 2023.

The minutes from the June meeting suggest the RBA is on a pre-set course as the central bank looks to complete the “second $100 billion of purchases in early September 2021,” and it seems as though Governor Philip Lowe and Co. are in no rush to switch gears as “monetary policy would be likely to need to remain highly accommodative for some time yet.” In turn, the RBA may utilize its quantitative easing (QE) program throughout the remainder of the year as “members thought it would be premature to consider ceasing the program,” and the central bank may keep the door open to further support the economy as the board pledges to “maintain highly supportive monetary conditions until its goals for employment and inflation were achieved.” 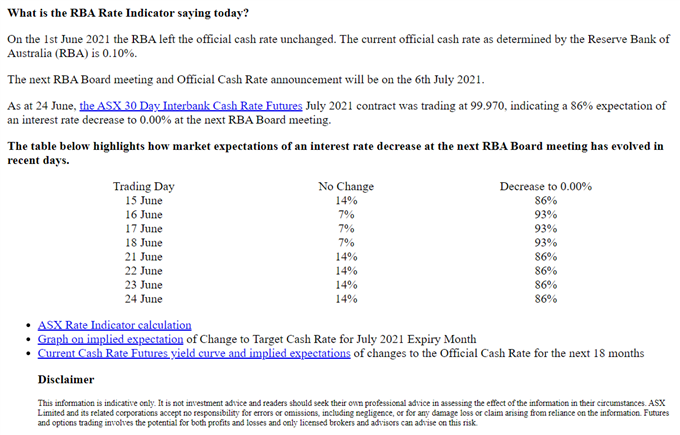 In turn, the ASX 30 Day Interbank Cash Rate Futures continues to reflect speculation for a rate cut, with the July 2021 contract indicating an ‘86% expectation of an interest rate decrease to 0.00% at the next RBA Board meeting.’

As a result, the Australian Dollar may continue to depreciate against its US counterpart in the third quarter of 2021 as the RBA retains a dovish forward guidance for monetary policy, while the Federal Reserve shows a greater willingness to scale back its emergency measures.

Fresh forecasts from Federal Reserve officials indicate a looming shift in monetary policy amid the upward revisions across the Summary of Economic Projections (SEP), and the Federal Open Market Committee (FOMC) may adjust the forward guidance over the coming months as “a number of participants suggested that if the economy continued to make rapid progress toward the Committee's goals, it might be appropriate at some point in upcoming meetings to begin discussing a plan for adjusting the pace of asset purchases.” 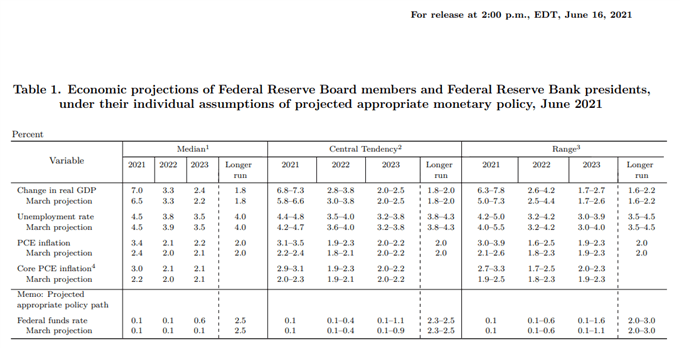 It seems as though the FOMC will gradually change its tone over the coming months as the central bank now forecasts the US economy to grow 7.0% in 2021, and it remains to be seen if the FOMC will unveil an exit strategy in the third quarter as Chairman Jerome Powell insists that “reaching the standard of substantial further progress is still a ways off.”

In turn, the FOMC may merely attempt to buy time ahead of its next quarterly meeting in September as the central bank vows to “increase our holdings of Treasury securities by at least $80 billion per month and of agency mortgage-backed securities by at least $40 billion per month until substantial further progress has been made,” but signs of a more robust recovery may encourage Fed officials to taper the QE program sooner rather than later as Chairman Powell and Co. forecast two rate hikes in 2023. 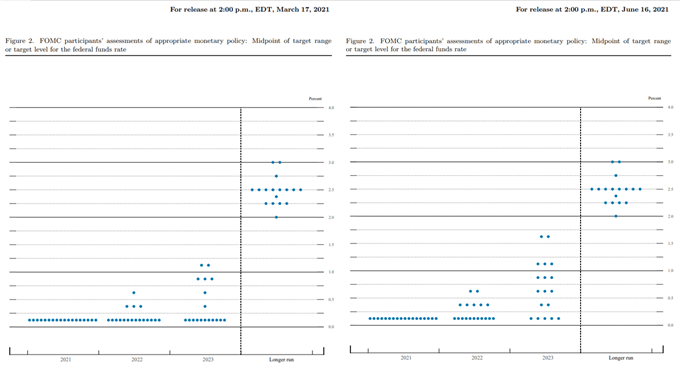 The shift in the interest rate dot plot implies that the FOMC is in the final stages of its easing cycle as “reaching the conditions for lift-off will mainly signal that the recovery is strong and no longer requires holding rates near zero,” and Fed officials may start to discuss an exit strategy as the central bank vows to “provide advance notice before announcing any decision to make changes to our purchases.”

With that said, speculation for a looming change in Fed policy may keep AUD/USD under pressure in the third quarter of 2021 as the RBA appears to be in no rush to switch gears.

To read the full Australian Dollar forecast including the technical outlook, download our new 3Q trading guide from the DailyFX Free Trading Guides!