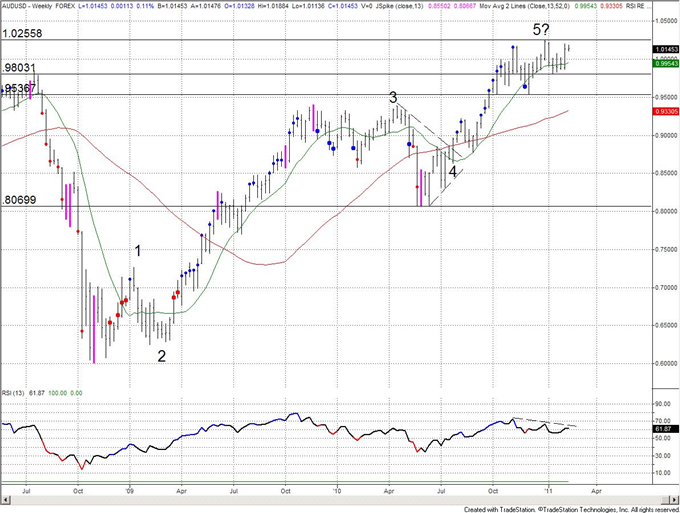 The AUDUSD remains well supported with price barely off of multi decade highs. Still, with a completed Elliott wave pattern (5 waves) from the 2008 low (6000), the risk of a sharp reversal and decline does remain. Bears need a break below 9803 in order to confirm a reversal. Until then, additional upside and fresh multi decade highs cannot be ruled out. 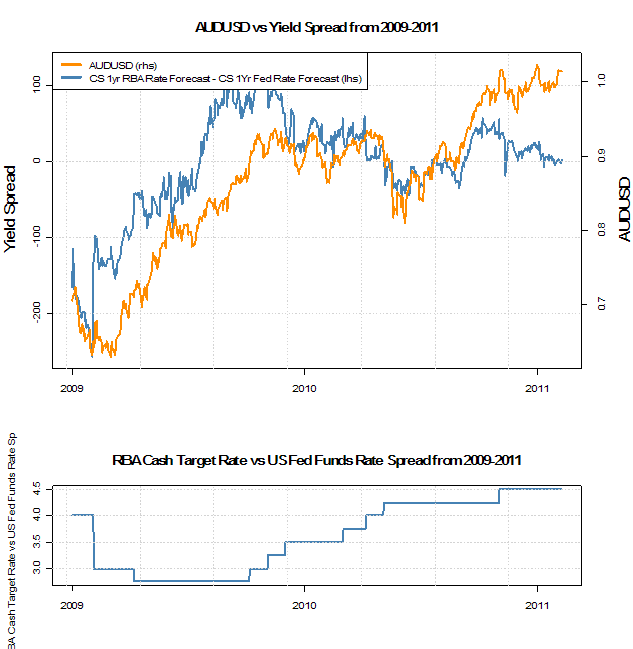 The Australian Dollar continues to benefit from the highest short-term interest rate of any G10 currency, and relatively muted forecasts for further interest rate hikes have had seemingly little effect on the high-flying AUDUSD. Indeed, the Reserve Bank of Australia is expected to leave interest rates largely unchanged through 2011 as natural disasters have hurt the domestic economy and limited calls for continued policy tightening. Currency traders have instead bid the AUD higher on similarly sharp rallies in Gold prices, and we expect the two to remain strongly correlated through the foreseeable future.

Interest rate expectations remain supportive of the AUDUSD, and it would take a substantial correction in either RBA or Fed rate forecasts to shift momentum in the US Dollar’s favor. 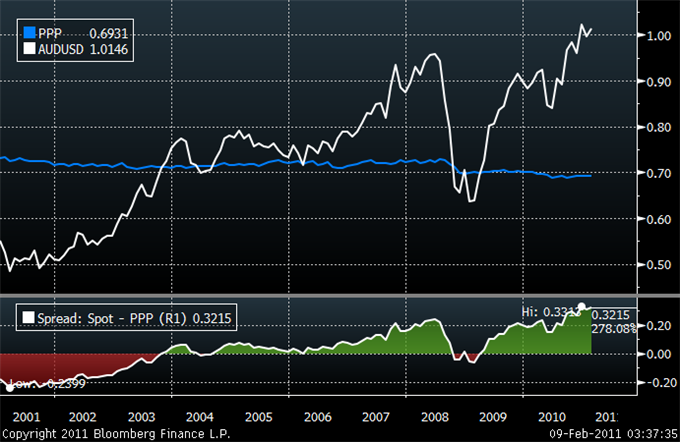 The Australian Dollar remains the most overvalued currency against its US counterpart, hovering at a staggering 31.7 percent above PPP-implied fair value and just off record highs. The fuel behind such performance came from an undeniably hawkish RBA however, which no longer seems to be the case. While markets are still pricing in some tightening this year, that outlook looks increasingly vulnerable as China – Australia’s chief trading partner – pulls harder on the brakes to check inflation. This coupled with lingering headwinds from the Queensland floods and Cyclone Yasi hints as well as the likelihood of renewed sovereign stress in Europe, an outcome that is likely to dent broad sentiment along with the risk-linked Aussie, hints a downward correction may be forthcoming.