In FX markets, the cyclically-sensitive AUD, NZD and CAD largely outperformed while the haven-associated USD and JPY continued to lose ground.

Looking ahead, a slew of unemployment figures out of Europe headline the economic docket alongside a flurry of speeches from several members of the Federal Reserve. 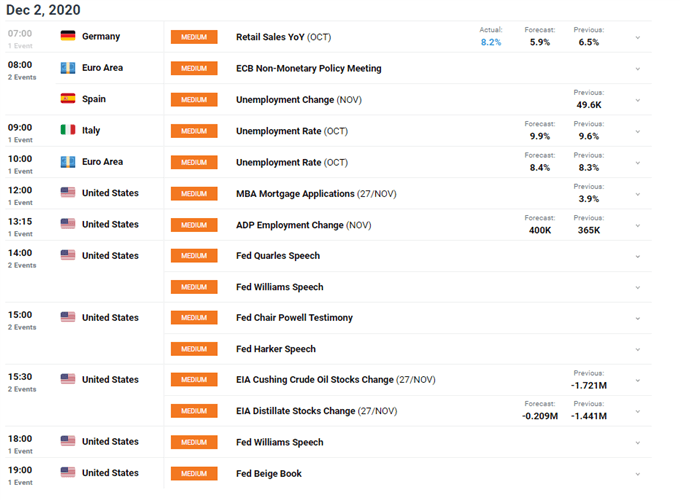 Renewed fiscal stimulus hopes may cap the haven-associated US Dollar’s upside in the near term, as US lawmakers release a series of pandemic relief propositions to restart aid negotiations.

With House Speaker Nancy Pelosi and outgoing Secretary Treasury Steven Mnuchin holding their first phone conversation since prior to the election, and a bipartisan group from the House and Senate unveiling a $900 billion proposal on Tuesday, pressure to provide much-needed support seems to be intensifying.

Indeed, Senate Majority Leader Mitch McConnell has also circulated a draft proposal that he believes is “something that would be signed into law by the president, be done quickly and deal with the things that we can agree on now”.

However, it still seems relatively unlikely that a substantial stimulus bill will come to pass, given McConnell’s vehement opposition to the Democrats’ previously proposed 2.4 trillion package, and Senator Mitt Romney’s – part of the bipartisan group – statement that “this is not a $1.8 trillion stimulus bill, this is a relief measure – half that amount”.

It remains to be seen if these talks will bear fruit considering the vastly differing opinions on the size of any additional stimulus bill.

Nevertheless, with both sides of the aisle seemingly in agreement that some form of stimulus needs to be passed before the end of the year, negotiations look set to continue at least in the short term.

This will likely weigh on the performance of the Greenback, as market participants begin to price in the prospect of further fiscal support.

Dovish Fed to Keep Greenback on Back Foot

As mentioned in previous reports, suggestions of further monetary easing from the Federal Reserve may also keep the Greenback on the back foot.

The minutes from the FOMC’s November meeting showed that “many participants judged that the Committee might want to enhance its guidance for asset purchases fairly soon”.

The central bank also noted that “while participants judged that immediate adjustment to the pace and composition of asset purchases were not necessary, they recognized that circumstances could shift to warrant such adjustments”. 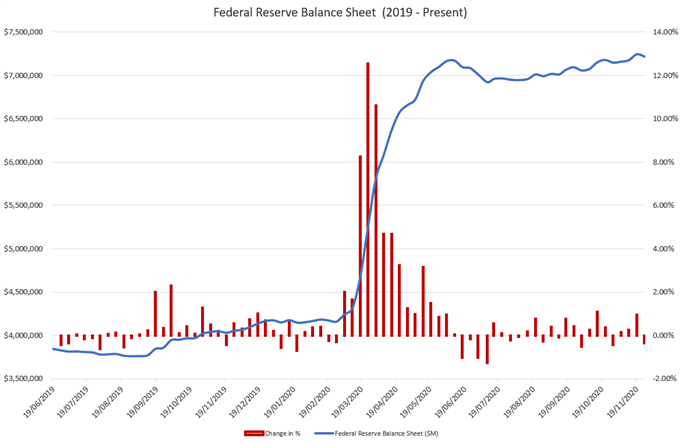 With Treasury Secretary Mnuchin’s deciding to forgo the extension of several Fed funding facilities past their December 31 deadline, and with the number of coronavirus hospitalizations surging towards 100,000, the central bank may look to act sooner rather than later.

To that end, the US Dollar could continue to come under pressure in the coming weeks, as investors position for the prospect of additional monetary easing and the possible provision of further fiscal support. 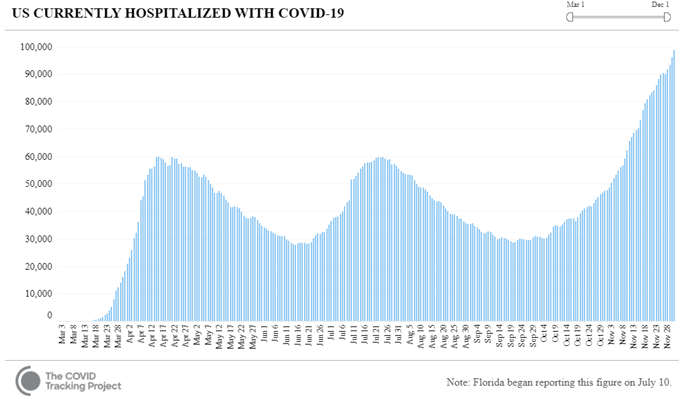 Technically, the US Dollar Index (DXY) looks poised to extend its push to fresh monthly lows, after collapsing through key support at the September low.

With the RSI registering its first oversold reading since August, and the slopes of all four moving averages notably steepening to the downside, the path of least resistance seems skewed lower.

A daily close below the 38.2% Fibonacci (91.17) is probably required to neutralize near-term buying pressure and bring psychological support at 90.00 into focus.

Conversely, prices could rebound back towards range resistance at 91.70 – 92.00 if Fibonacci support remains intact. 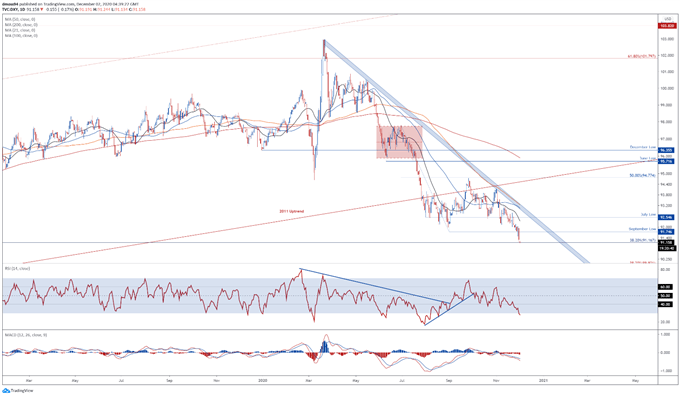 US Dollar Index 4-Hour Chart – Relief Rally in the Making?

Zooming into the four-hour chart bolsters the bearish outlook depicted on the daily timeframe, as the DXY continues to travel within the confines of a descending Andrews’ Pitchfork.

Alternatively, clearing the 100% Fibonacci expansion would likely signal the resumption of the primary downtrend and carve a path to test psychological support at 90.00. 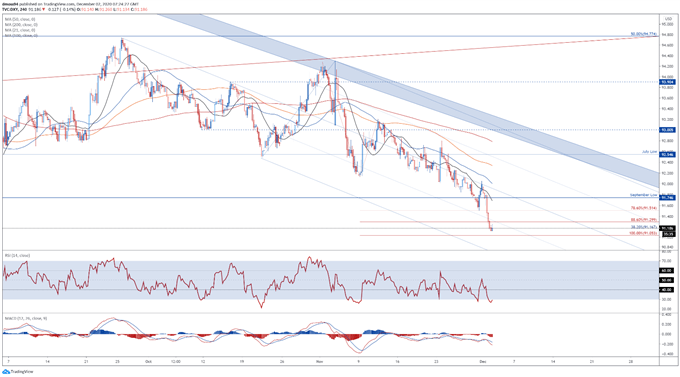 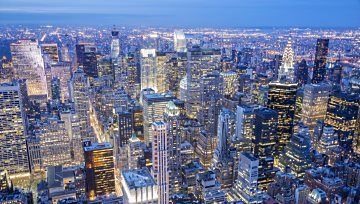