The Australian and New Zealand Dollars were the best performing currencies, as investors seemed to put a premium on assets from countries with a lower Covid-19 case count.

The Euro lost ground against all of its major counterparts, as a record surge in coronavirus cases forced several European governments to tighten restrictive measures.

Gold and silver nudged marginally higher, while yields on US 10-year Treasuries remained unchanged at 0.76%.

Looking ahead, the Bank of Canada’s interest rate decision headlines the economic docket alongside EIA crude oil inventories for the week ending October 23. 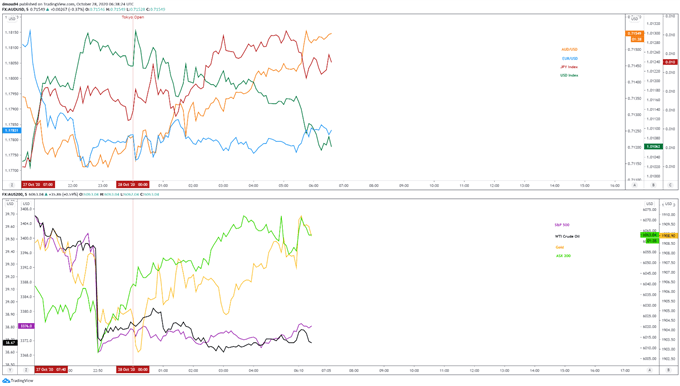 Souring Sentiment May Hamper CAD Ahead of BoC

The cyclically-sensitive Canadian Dollar is at risk of further losses against the Japanese Yen and US Dollar, as souring market sentiment weighs on the performance of risk-associated assets.

A record surge of Covid-19 infections has forced governments across Europe to impose growth-hampering restrictions, while the number of active coronavirus cases in Canada has more than doubled in the last 30 days.

In fact, Canada’s chief public health officer Theresa Tam has warned that “as hospitalizations and deaths tend to lag behind increased disease activity by one to several weeks, the concern is that we have yet to see the extent of severe impacts associated with the ongoing increase in Covid-19 disease activity”. 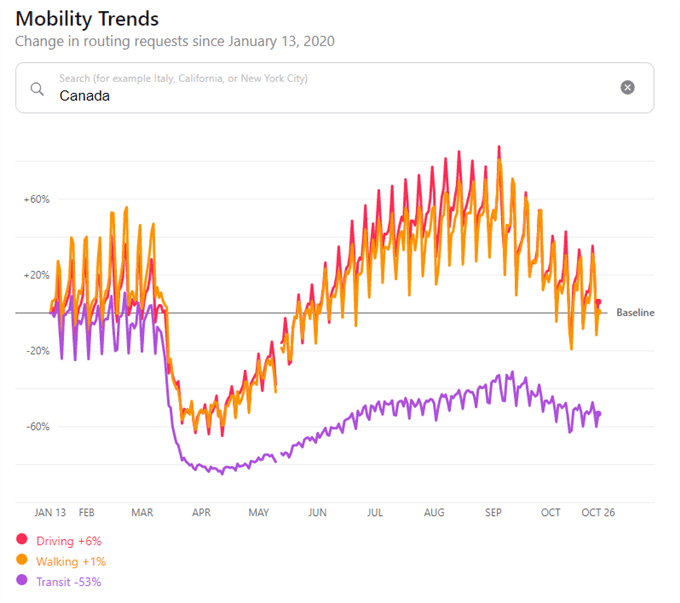 The tightening of restrictions in several Canadian provinces is likely to fuel regional investors’ concerns that the nation’s economic recovery is at risk of stagnating, or perhaps even reversing, as high-frequency mobility data shows all three mobility trends continuing to trend lower after peaking in early September.

However, deteriorating health outcomes may not be enough to force the Bank of Canada to adjust its monetary policy settings at its upcoming meeting, given Governor Tiff Macklem and his colleagues are expected to release upward revisions to their economic growth projections.

Moreover, Macklem has previously stated that “as much as bold policy response as needed, it will inevitably make the economy and financial system more vulnerable to economic shocks down the road”, adding that “the bottom line is that the private and public sectors together need to acutely aware of financial system risk and vulnerabilities as the economy recovers”. 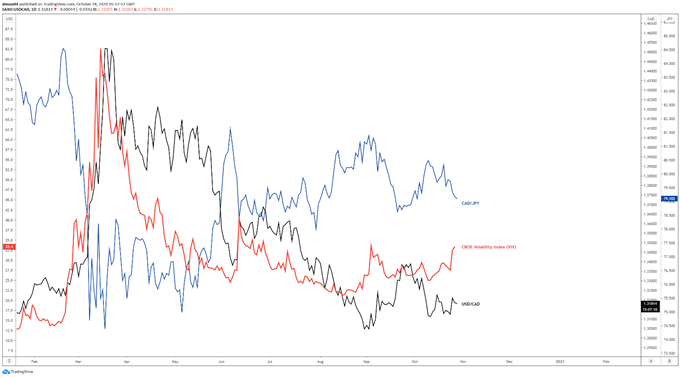 This could indicate that Canadian policymakers are becoming more sensitive to the potential impact of alternative policy measures and may hesitate to do more unless it is absolutely necessary.

Nevertheless, the lack of action from the BoC may fail to underpin the Loonie in the near-term, as pre-election jitters and Covid-19 second wave concerns gnaw at market sentiment.

Therefore, the Canadian Dollar may come under pressure against its anti-risk counterparts, should the current risk-off dynamic continue to fuel haven inflows. 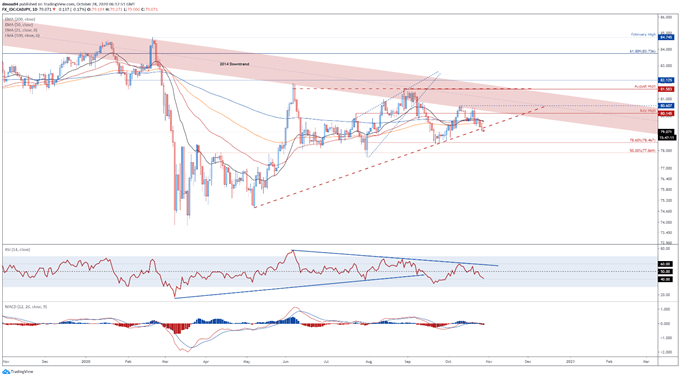 From a technical perspective, the CAD/JPY exchange rate is at risk of extending its losses, after slicing through the uptrend extending from the May low (74.79).

With the RSI and MACD indicators tracking below their respective neutral midpoints, the path of least resistance seems skewed to the downside.

Conversely, if psychological support holds firm a retest of the 100-day moving average (79.56) is hardly out of the question. 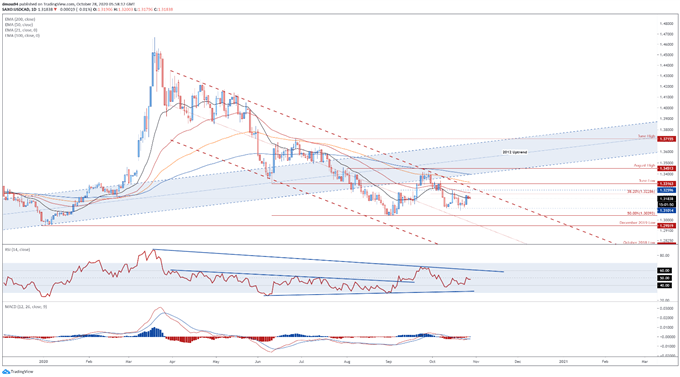 USD/CAD rates could be poised to rebound back towards the September 9 high (1.3260) and Descending Channel resistance, after surging away from the monthly low set on October 21 (1.3081).

A bullish crossover on the MACD indicator, in tandem with the RSI holding above 40, suggests that the path of least resistance could be higher.

A daily close above confluent resistance at the trend-defining 50-day moving average (1.3236) could signal a potential shift in sentiment and generate a push back towards the June low (1.3316), with a break and close above the 100-DMA (1.3328) needed to invalidate the bearish continuation pattern.

Having said that, with price tracking below all four moving averages, a topside push may prove to be a mere short-term correction. 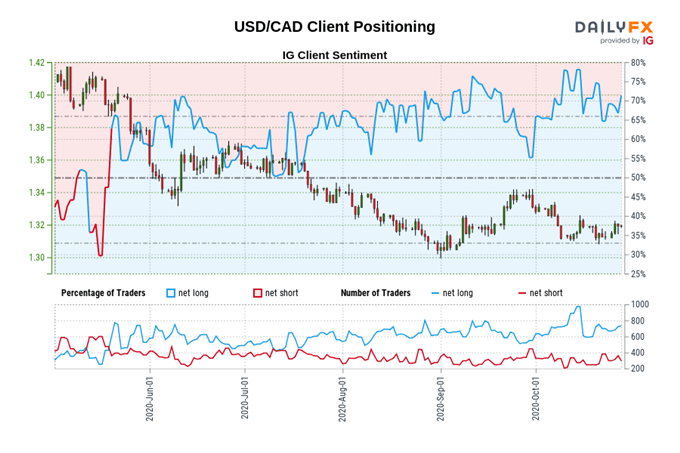