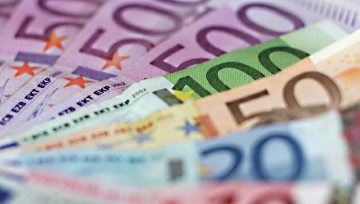 Eurozone CPI data headlines the economic calendar in European trading hours. The headline on-year inflation rate is expected to tick down to 1.3 percent. An April downtick was telegraphed in EU-harmonized German CPI figures earlier this week and a string of disappointments on recent news-flow hints it may prove larger than projected. Such a result might reinforce the recent dovish shift in ECB policy expectations, weighing on the Euro.

Later, a slew of US data releases will cross the wires. The service-sector ISM survey takes top billing, with expectations pointing to the third month of moderation after the pace of activity growth set a 12-year high in January. In contrast to the Euro area, realized US data outcomes have cautiously improved relative to baseline forecasts since the middle of last month. That may mean analysts are systematically underestimating the economy’s vigor, opening the door for an upside surprise that boosts the US Dollar.

The greenback corrected lower in Asia Pacific trade after rising to a four-month high against an average of its major counterparts following the FOMC rate decision yesterday. The measured tone of the policy statement initially hurt the currency as expected but subtle changes in rhetoric appeared to signal greater scope for tightening beyond 2018, triggering a steepening of the yield curve that put the benchmark unit back on the offensive. The Australian Dollar outperformed on the back of supportive trade statistics.