Euro at Risk as the ECB Disappoints Stimulus Withdrawal Hopes

All eyes are on the European Central Bank. Recent comments from ECB officials have confounded the markets, stoking volatility. First, President Mario Draghi hinted that maintaining a neutral policy stance amid improving economic conditions may require tweaks, which the markets read as hinting at a reduction in QE asset purchases. The very next day, other ECB officials walked back the comments.

Still, traders seem primed for some sort of clue signaling that “tapering” is on the horizon. That seems unlikely. While the hawks on the Governing Council have been a bit louder lately, slowing inflation over the past four months argues against stimulus withdrawal. Indeed, the markets’ sensitivity to the prospect of near-term tightening may be a worrying signal in and of itself.

With that in mind, the ECB is likely to push back any serious announcements at least until September, when an updated set of economic forecasts is due to be released. In the meantime, Mr Draghi may stress the idea that the central bank will be accommodative for a long time yet. That might register as disappointing for Euro bulls and send the single currency broadly lower.

A reasonably upbeat set of labor-market figures was not enough to keep the Australian Dollar soaring. The currency briefly shot higher after the figures crossed the wires, then tumbled against all of its G10 FX counterparts. The numbers seemingly didn’t alter the RBA’s policy calculus. Their passage probably did little besides releasing a wave of profit-taking after prices hit 26-month highs.

The Japanese Yen declined after the Bank of Japan lowered its inflation forecast and dialed up dovish rhetoric, as expected. Governor Kuroda reminded investors that the bank is firmly committed to easing and will continue along this path for the foreseeable future. The 0 percent target on the 10-year JGB yield was kept demonstratively intact, signaling officials intend to defend it against recent challenges.

Where will drive Euro trends through the end of September? See our forecasts here! 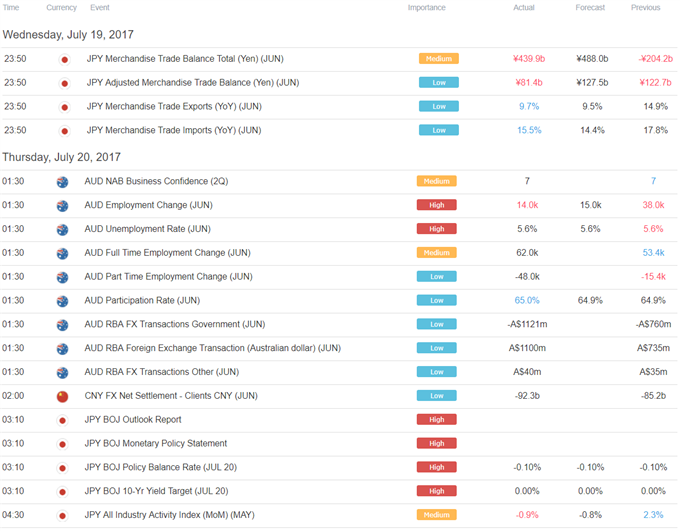 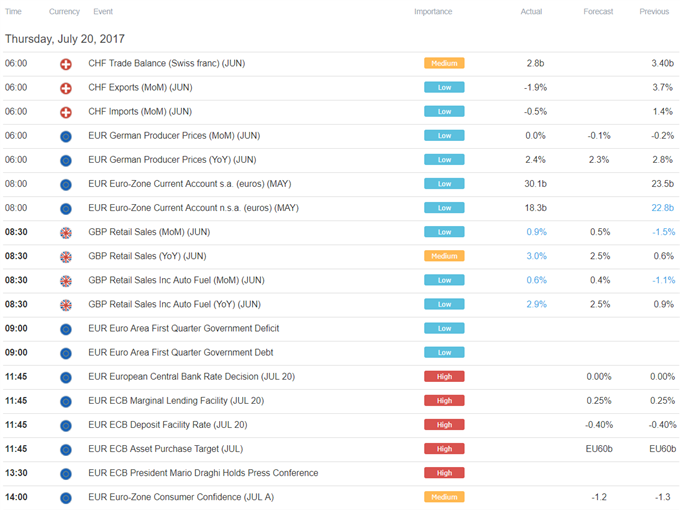