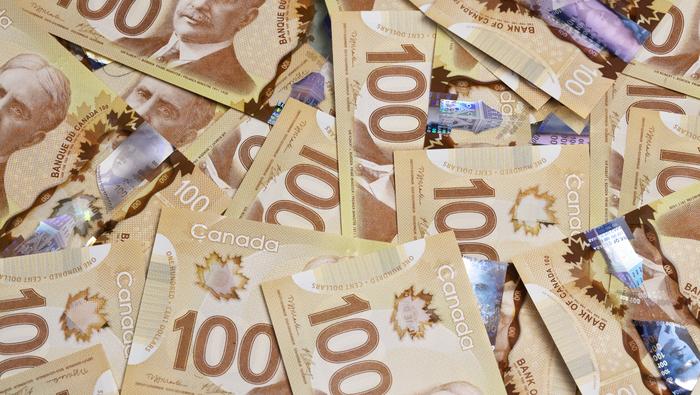 It’s been a net outlay of strength in USD/CAD over the past week, helped along by a Bank of Canada rate decision on Wednesday that propelled the pair back-up to a key area of resistance. That resistance runs from 1.3319-1.3357 and are the 76.4 and 78.6% Fibonacci retracements of the 2020 major move in the pair. This price zone came into play in early-June as support and again in late-July. It was soon turned into resistance in early-August and then came in as the same in late-September/early-October.

After the BoC-fueled rally pushed prices up for a re-test, this resistance zone held the highs on Thursday and Friday of last week, with sellers making an appearance after this week’s open.

As looked at just a couple of weeks ago, bearish setups in USD/CAD can be difficult to work with given the pair’s proximity to the 1.3000 psychological level. This highlights a recent tendency for selling pressure to dry up when the psych level gets closer, evidenced by the higher-low that build in the pair in late-November.

Taking current context into account and there’s another variable of importance: A loaded calendar of event risk out of the US. Tomorrow brings the election but, even outside of that, Thursday brings an FOMC rate decision (not a mistake – FOMC announcement is on Thursday this week) followed by Non-Farm Payrolls on Friday.

On top of that loaded docket is the potential for a prolonged election vote count, which may mean that we don’t have a decisive winner on the night of the election; or perhaps for week(s) after. So there’s a lot of fluid variables around the US and the US Dollar at the moment and for those looking at trends in the currency, there may simply be more amenable pastures elsewhere.

AUD/CAD Breaks Down from Descending Triangle

When faced with a similar situation of noise in USD/CAD a few weeks ago, I had taken a look at AUD/CAD for CAD-strength scenarios; largely on the basis of a technical formation that had built-in.

The descending triangle is marked by a horizontal level of support to go along with a series of lower-highs, often on the basis of a bearish trendline. I had looked into this setup on October 14th, and the day saw sellers break-through to the other side. That bearish theme continued down-and-through the .9272 support level before putting in a bounce that lasted through most of last week.

But that bounce found resistance at the same floor of support that had previously helped to build the descending triangle; and after five consecutive days of resistance at that level last week, sellers have begun to push with a bit more aggression this week, and this can keep the door open for short-side scenarios in the pair.

On the short-side of CAD, I had looked at GBP/CAD a few weeks ago. And while initially firing higher to create a fresh seven-week-high, the pair has pulled back and is re-approaching the same zone of support that was in-play last month. This zone runs from 1.6945 up to the 1.7000 psychological level, and a revisit here could re-open the door for bullish strategies in the pair, and short-side scenarios in the Canadian Dollar.