- U.K Consumer Price Index (CPI) to Hold at the Highest Reading Since September 2013.

Stickiness in the U.K. Consumer Price Index (CPI) may do little to shore up the British Pound as fears of stagflation emerge, and the Bank of England (BoE) may show a greater willingness to preserve the highly accommodative policy stance throughout 2017 as ‘consumption growth will be slower in the near term than previously anticipated.’

In light of the market reaction to the last CPI report, heightening price pressures may now fuel the bearish sentiment surrounding Sterling as the BoE remains reluctant to lift the benchmark interest rate off of the record-low. Even though Governor Mark Carney & Co. warn ‘there are limits to the extent to which above-target inflation can be tolerated,’ the ongoing slack in the real economy accompanied by the heightening uncertainty surrounding the fiscal outlook may encourage the BoE to further tame interest-rate expectations especially as ‘wage growth has been notably weaker than expected.’

The U.K Consumer Price Index (CPI) climbed an annualized 2.7% in April to mark the fastest pace of growth since 2013, with the pickup led by rising transportation costs accompanied by higher prices for clothing & footwear. The core rate of inflation also beating market expectations, with the reading advancing 2.4% during the same period amid forecasts for a 2.3% print, with the data raising the threat for stagflation as the Bank of England (BoE) warns ‘consumption growth will be slower in the near term than previously anticipated.’ The British Pound struggled to hold its ground following the report, with GBP/USD dipping below the 1.2900 handle, but the pair bounced back during the North American trade to end the day at 1.2918. 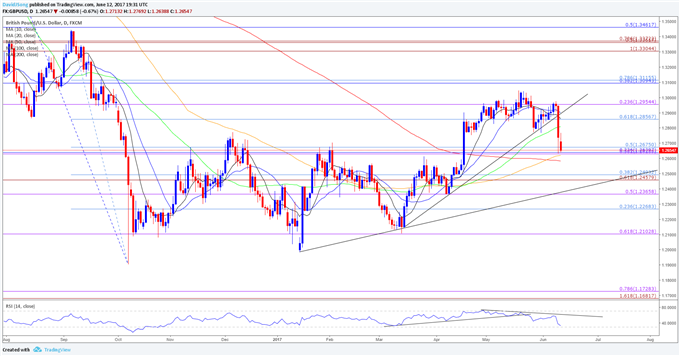 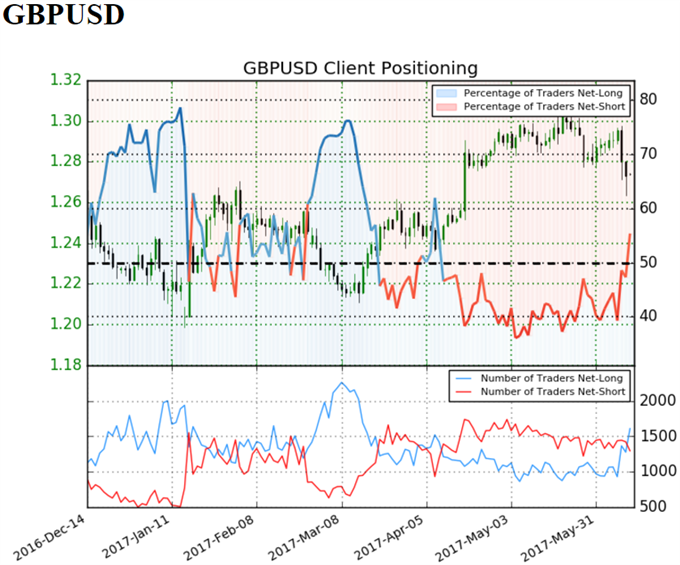