USD/CAD to Extend Losses on Upbeat Bank of Canada (BoC)

- Will Governor Stephen Poloz Highlight an End of the Easing-Cycle?

According to a Bloomberg News survey, all of the 25 economists polled forecast the Bank of Canada (BoC) to retain its current policy in March, but the accompanying policy statement may boost the appeal of the loonie and spur a further decline in USD/CAD should Governor Stephen Poloz show a greater willingness to move away from the easing cycle.

Following the ‘insurance’ rate-cuts during the previous year, the BoC may largely endorse a wait-and-see approach throughout 2016 as Governor Poloz & Co. adopt an improved outlook for the region and argue that the risks surrounding the Canadian economy are ‘largely balanced.’

Sticky price growth along with signs of a stronger recovery may encourage the BoC to sounds more upbeat this time around, and the Canadian dollar may continue to strengthen against its U.S. counterpart should the central bank curb bets for lower borrowing-costs.

Nevertheless, Governor Poloz may keep the door open to further reduce the benchmark interest rate amid the slowdown in private-sector consumption paired with the ongoing adjustment in the real economy, and the dollar-loonie may largely retrace the decline from earlier should the central bank highlight a weakened outlook for the region. 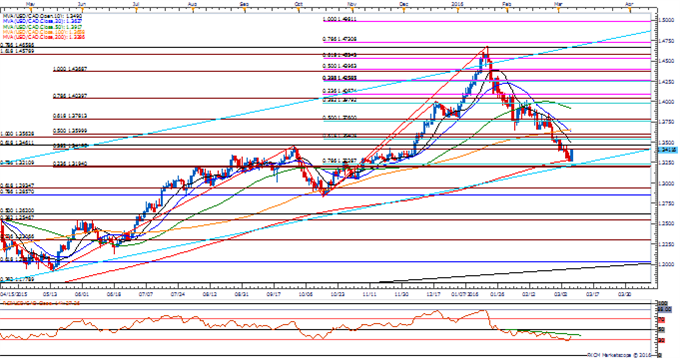 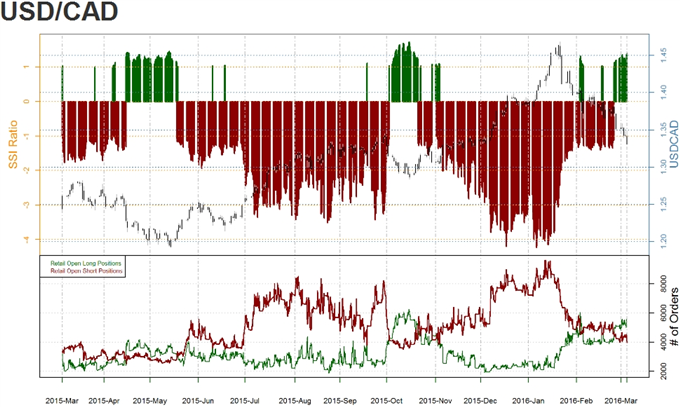 As expected, the Bank of Canada (BoC) kept the benchmark rate unchanged at 0.50% in January, but the central bank sounded more upbeat this time around as Governor Stephen Poloz argues that the risks surrounding the region are ‘roughly balanced’ following the ‘insurance’ rate-cuts in 2015. Nevertheless, the BoC retained a cautious outlook for the Canadian economy as the region continues to adjust to persistently low energy prices, temporary softness in the U.S. economy and weaker business investment. The Canadian dollar struggled to retain the bullish reaction to the BoC meeting, with USD/CAD coming off of the 1.4500 handle to end the North American session at 1.4503.

S&P 500, DAX 40 and ASX 200 Fundamental Forecast for the Week Ahead
Advertisement