- Will the Lackluster Recovery Push the BoE to Further Delay the Normalization Cycle?

The U.K.’s Gross Domestic Product (GDP) report may heighten the bearish sentiment surround British Pound and fuel the near-term decline in GBP/USD should the data encourage the Bank of England (BoE) to further delay its normalization cycle.

Even though BoE officials sees a ‘solid’ recovery in the U.K. and talk down bets for additional monetary support, the downside risk surrounding the economic outlook may prompt the Monetary Policy Committee (MPC) to retain its current policy throughout 2016 as the central bank struggles to achieve the 2% target for inflation.

Easing outputs accompanied by the slowdown in private-sector credit may drag on the U.K. growth rate, and signs of a slowing recovery may push the BoE to retain its current policy throughout 2016 especially as Governor Mark Carney appears to be in no rush to implement higher borrowing-costs.

Nevertheless, increased demand from home and abroad may encourage a stronger-than-expected GDP print, and an unexpected upward revision in the growth rate may spur a near-term rebound in GBP/USD as the fundamental outlook for the U.K. improves. 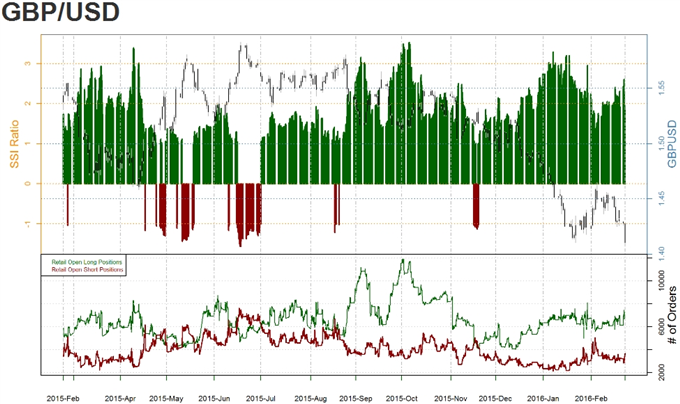 The U.K. 3Q Gross Domestic Product (GDP) report came in line with the expectation, with the growth rate increasing an annualized 2.3%. Even though the Bank of England (BoE) sees a ‘solid’ recovery in the U.K., Governor Mark Carney may further delay the normalization cycle as the central bank struggles to bring inflation back towards the 2% target. The initial uptick in GBP/USD was short-lived, with the pair consolidating throughout the North American trade to close the at 1.5028.

US Dollar – Where the Rubber Meets the Road?

EUR/USD – Bullish Views Getting Put to the Test