- German Unemployment to Contract for Fifth Consecutive Month in February.

- Jobless Rate to Hold at Record-Low of 6.5% for Second Month.

Another 10K contraction in German Unemployment may encourage a near-term rebound in EUR/USD as it raises the prospects for a stronger recovery in the euro-area.

A further improvement in Europe’s largest economy may limit the European Central Bank’s (ECB) scope to further embark on its easing cycle and heighten the appeal of the single currency especially as the member-states take unprecedented steps to mitigate the risk for contagion.

Greater demand from home and abroad may encourage German firms to further expand their labor force, and a better-than-expected print may spur a bullish reaction in EUR/USD as it raises the outlook for growth and inflation.

However, waning business confidence paired with the slowdown in production may drag on employment, and a dismal labor report may heighten the bearish sentiment surrounding the Euro as ECB President Mario Draghi keeps the door open to further support the monetary union. 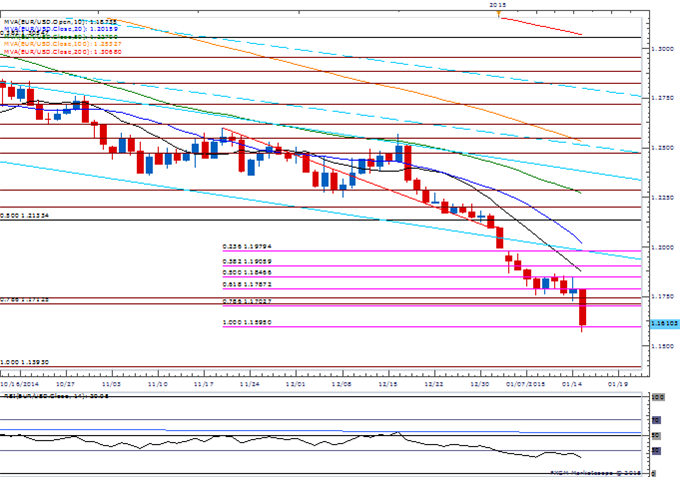 The number of unemployed in Germany contracted 9.0K in January, while the jobless rate narrowed to a record-low of 6.5% from a revised 6.6% the month prior. Despite the ongoing improvement in Europe’s largest economy, the European Central Bank’s (ECB) may continue to highlight a dovish tone for monetary policy as it struggles to achieve its one and only mandate to deliver price stability. Nevertheless, EUR/USD tracked higher following the report, with the pair pushing above the 1.1300 handle to end the day at 1.1326.