Loonie, Sterling March Higher Against US Dollar on Strong Data

Despite some risky headline events that have triggered swings in volatility throughout the week, price action was relatively muted in the overnight with most of the majors trading in narrow ranges against the US Dollar. The leg up in risk-tolerance really took off at the end of trading in Asia, when higher yielding currencies and risk-correlated assets, like the Australian and New Zealand Dollars, were trading near their session lows.

With the G-20 meetings ongoing in Washington, much attention has been drawn to how much additional funding the International Monetary Fund can collect from its members. While no official number has been reported, the early estimates suggest that an additional $400 billion will be donated to what has become the unofficial “save Europe” fund, a concern raised by Canadian Finance Minister Jim Flaherty.

Mr. Flaherty said that “Given that the major challenge here is a sovereign debt challenge in euro zone countries, and that euro zone countries are asking non euro-zone countries to contribute to resources at the IMF, our view is that there ought to be two votes.” Mr. Flaherty’s view is likely to be popular among the BRICS – Brazil, Russian, India, China, and South Africa – who are weighing whether or not to contribute to the fund and what size contribution. If Mr. Flaherty had his way, European countries would have less of a say and emerging market economies would have a greater representation.

Beyond the meetings, the notable performances in the Asian and European sessions go to the British Pound and Canadian Dollars, which have been riding a wave of strong data in recent days. For both currencies, this week marked a shift in policy seeing how both the Bank of England and the Bank of Canada have started to take on more hawkish positioning. The Bank of England has fewer members voting for more easing; and the Bank of Canada has suggested it may soon be time to withdraw stimulus from the market. Today, strong British retail sales data supported the Sterling, while inflation data has boosted the Loonie on rising rate hike expectations.

Overall, the Swiss Franc (?) was the best performing major currency, tracking the highly correlated Euro which was the second best performer, each gaining 0.44 percent and 0.42 percent, respectively. All of the other majors, but for the Japanese Yen, which was down 0.06 percent, had rallied against the US Dollar through two sessions on Friday. 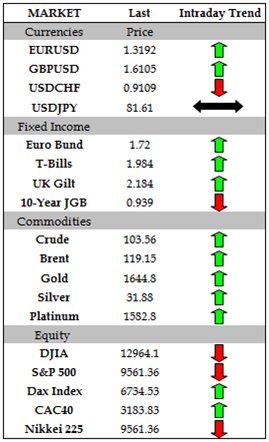 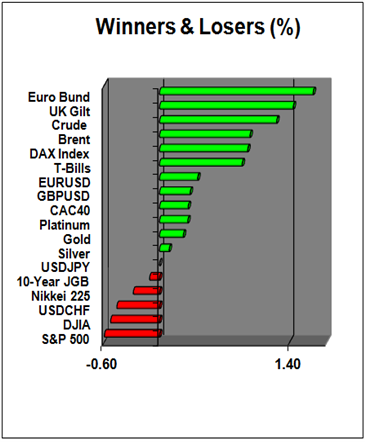 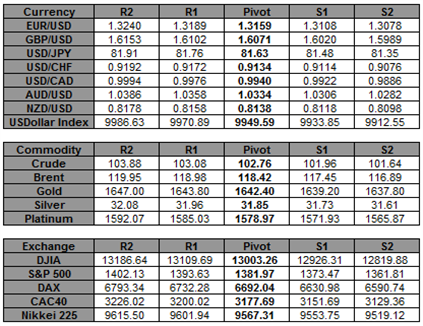