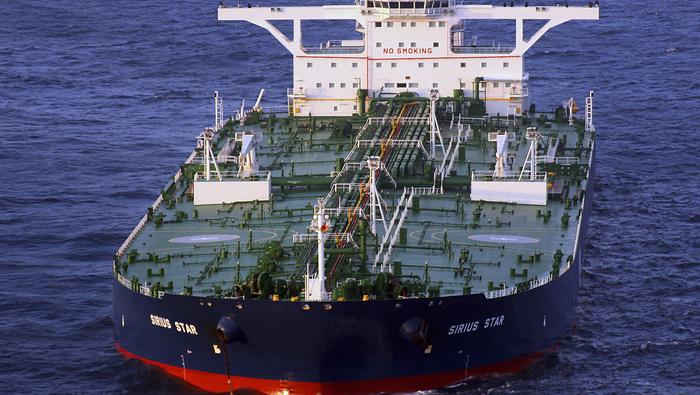 Crude oil prices were up but had pared most of their gains in Asia on Wednesday having endured the worst month and calendar quarter on record as March bowed out.

Energy prices rose a little in US hours on Tuesday after it was reported that US President Donald Trump and his Russian counterpart Vladimir Putin will direct officials to address the stabilization of oil markets. Oil prices remain close to eighteen-year lows after massive falls this year. The demand-destruction promised by the coronavirus has met a supply glut from Russia and Saudi Arabia who’ve engaged in price cutting having failed to agree on output restrictions at the start of March.

However. prices are closing in again on the psychologically important $20/barrel level, and market watchers speculate that prices could actually turn negative as supply facilities fill up if no action is taken. It remains unclear what action the US and Russia plan to take, but whatever it turns out to be can presumably only address the supply side of a market which will face a huge demand hit until the coronavirus is defeated.

Inventory numbers from the Department of Energy are coming up during the US session.

There was another glimmer of economic hope from China Wednesday as it was revealed that the private manufacturing sector returned to expansion last month, if only by a whisker. This incredible revival mirrored that of the state sector already seen, but markets seem wary. They may well be right to be so given the likely weak demand for manufactured goods with many economies under effective lockdown.

Gold prices climbed away from two week lows in Asia having notched up a sixth straight quarter of gains in the fist three months of 2020.

The commodity remains vulnerable to the impulse to cash out when losses are seen elsewhere and, given the weak outlook for growth and inflation, many investors seeking haven are more likely to hold the US Dollar instead of gold. However, the manifest uncertainty now stalking markets looks likely to shore up the gold bid.

Virus headlines permitting, markets will look to US employment statistics from the Automated Data Processing company later in the global day, with the Institute for Supply Management’s look at manufacturing also due. 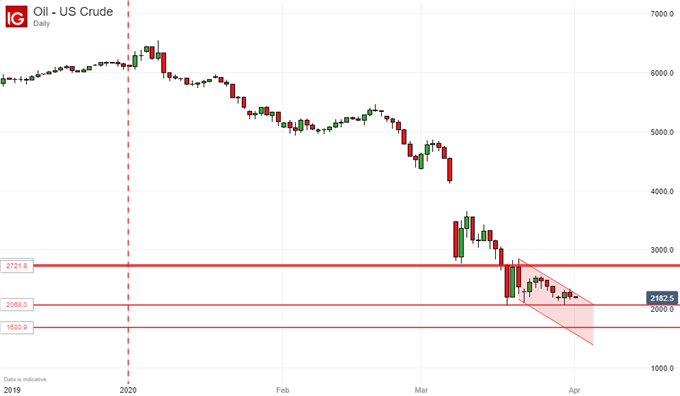 Crude oil prices continue to display the narrow daily ranges indicative of hesitation, and despite the obvious downside bias the market seems unable to imagine sub-$20 prices without some new fundamental catalyst. This doesn’t mean they won’t be seen of course but, for the moment, the lows of March are providing support just below the market. Should they give way then the low from November 2001 at $16.81 will be in unavoidable focus.

The bulls have yet to seriously threaten even near-term resistance and must be regarded as out of the game until the $27.22 region is retaken. 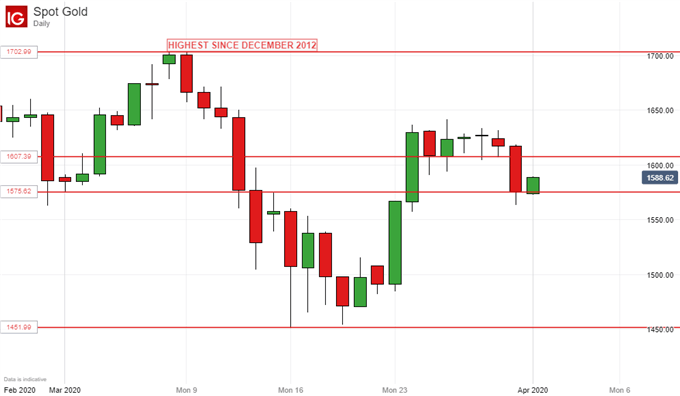 Month-end selling pushed gold through its previous range base of $1575/62/ounce, with that point now acting as near-term resistance. Still, falls have not been particularly marked on the break, with March 12’s closing low of $1575.62 now acting as support. Durable falls below that will put the $1500 psychological support point in focus, along with, possibly, the $1451.99 low from March 16.

However, in the current fundamental environment falls to those levels seem very likely to bring the buyers back, possibly in force.