Crude oil prices were back close to where they began Thursday’s Asia Pacific session as it began to wind down. Early gains were pared into the afternoon’s proceedings as investors nervously awaited key US labour market data.

In US hours markets will learn how many Americans signed on for unemployment benefits for the first time in the week to March 21, with millions of new claimants now expected to be added to the roster thanks to the coronavirus’ economic ravages.

This prospect has loomed over the passage of a $2 trillion stimulus and assistance bill through the US Senate, powering it towards a vote in the House or Representatives on Friday. Energy marked participants will be particularly aware that such government action huge as it may be can only help once recovery starts. It can’t of itself bring about the crucial lowering of infection rates.

The price war between major exporters Saudi Arabia and Russia threatens crude oil markets with a massive supply glut at a time when demand is collapsing. Sure enough US crude inventories rose by 1.6 million barrels last week, a ninth consecutive week of gains.

Gold prices fell back, reportedly as investors again rushed into cash to cover losses incurred elsewhere. This pattern has been much seen in the precious metal market this year, with prices falling despite the clear economic uncertainty against which the likes of gold and silver supposedly hedge.

This market can still expect plenty of support should those US labor market numbers come in anything like as weakly as investors now fear. 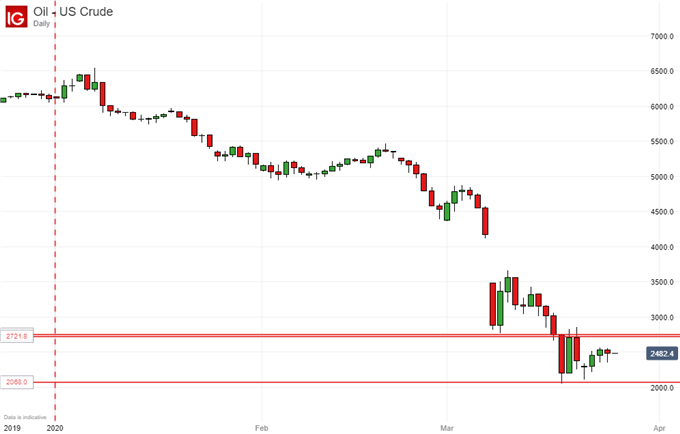 That price clash may be one fundamental reason why US crude oil prices have made so little headway even as the hope or reality of various large stimulus programs worldwide has lifted other markets. For now prices remain very close to the seventeen-year lows plumbed earlier this month, with the bulls unable to gird themselves for a serious attempt at even near-term resistance in the $27.22/barrel area.

Multi-million claimant rises in the US labor data could well make another test of those lows unstoppable. A moribund jobs market will clearly destroy near-term energy demand as supply is about to ramp up. 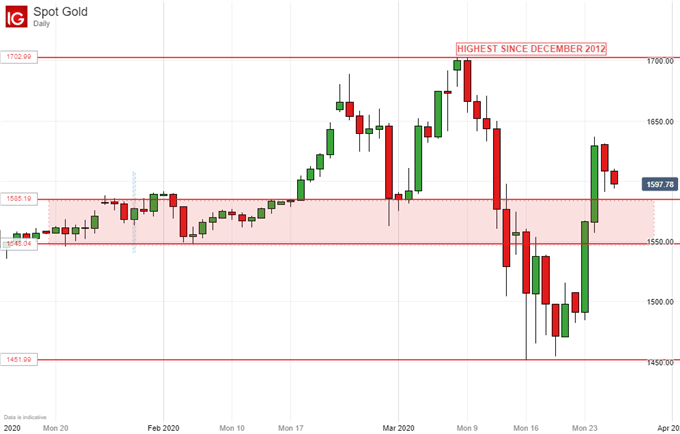 Gold prices have similarly faltered ahead of key resistance, in this case the psychological $1650 level. It must be likely that another upside test will come shortly, but for the moment downside focus is on a broad band of support between the lows of early March and those of February.

In the current environment slips back toward this level may well represent little more than a better opportunity to go long, but those who do so will need to be aware that this market will remain vulnerable to slippage whenever investors need cash to cover losses elsewhere.