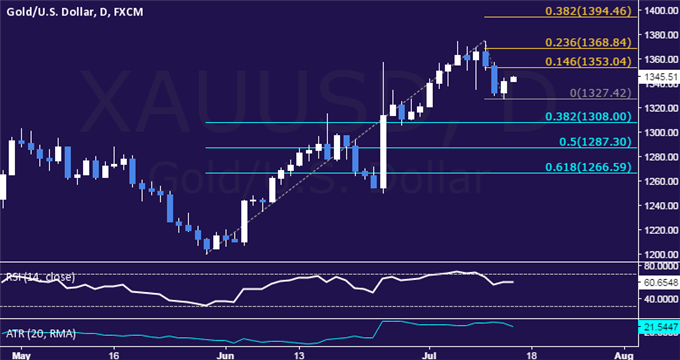 An unexpected build in gasoline reserves may have accounted for the markets’ seemingly counter-intuitive response. Rising stocks of processed product hint that the draw on crude stockpiles may reflect over-optimistic refiners slow to adjust to tepid end demand. This may warn that a swelling glut at the consumer end will echo upstream before long, triggering another prolonged selloff as markets readjust.

Looking ahead, the Bank of England rate decision is in the spotlight. A narrow majority of economists polled by Bloomberg (31/54) expect the central will reduce the benchmark lending rate, with most projecting a 25bps cut to a record–low 0.25 percent. Risk appetite is looking decidedly buoyant ahead of the announcement: the British Pound is rallying alongside stocks as bonds and gold prices decline.

Seeing Sterling rise in anticipation of monetary easing seems telling. Investors worried about knock-on effects from post-Brexit instability may see a cut as ultimately good for UK financial health and that of the world at large. It seems reasonable that this would matter more than yield considerations at this stage.

This means a cut will probably feed risk-on momentum boosting crude oil and punishing gold. OIS-implied policy bets suggest traders have priced in a mere 20 percent chance of a cut, so follow-through seems probable if Mark Carney and company opt to pull the trigger. Needless to say, an MPC vote to remain on hold may inspire the opposite result, rekindling market-wide risk aversion. 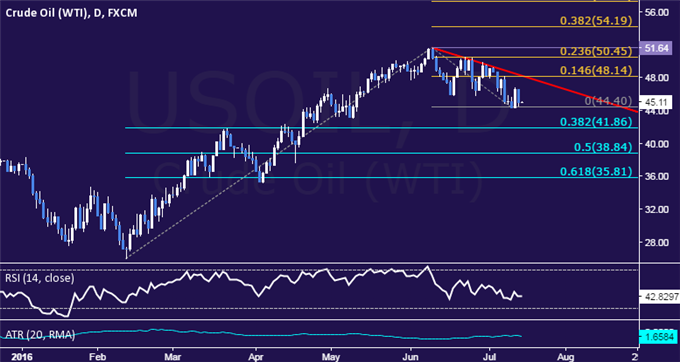