Initially, the British Pound fell on the ‘Super Thursday’ Bank of England rate decision. The central bank downgraded various economic projections, expecting the weakest pace of growth in 2019 since 2009. These estimates were also based on a smooth Brexit. Meanwhile, UK Prime Minister Theresa May headed to Brussels and as has been the norm, failed to achieve significant progress with her EU counterparts on a deal.

But, Sterling managed a breakthrough rally thanks to supportive commentary from BoE Governor Mark Carney. He mentioned that the markets should not leave prospects of a rate hike off the table. Looking at an equally weighted British Pound index below (versus EUR, JPY, CAD and USD), the recovery in GBP has pushed it closer towards forming a Head and Shoulders pattern which is typically a bearish signal. 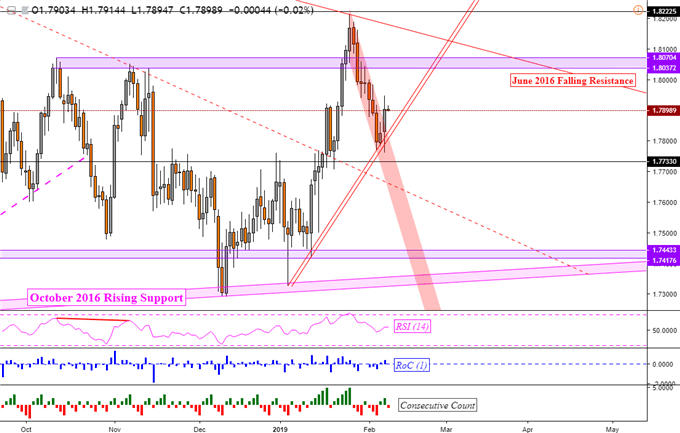 2 – Trump and Xi Meeting Before Tariff Deadline Not Happening?

The unexpectedly hawkish tone from Mark Carney and gloomy domestic economic projections combined with a lack in progress towards a smooth Brexit unsurprisingly boded ill for equities as expected. Towards the end of the session, news crossed the wires from US President Donald Trump that it is unlikely he will be meeting with China’s President Xi Jinping before the March 1 deadline when tariffs are back on the table.

The S&P 500 dropped almost one percent and the Euro Stoxx 50 closed roughly two percent lower. The anti-risk Japanese Yen gained against its major counterparts with the pro-risk New Zealand Dollar aiming lower. The US Dollar traded mixed with cautious gains here and there. Gains in Sterling likely sapped some of the Greenback’s upside potential when stocks collapse.

As we head into the end of the week, S&P 500 futures are pointing lower hinting that the pessimistic mood in markets may continue. As such, Asia Pacific benchmark stock indexes may trade lower. The Nikkei 225 is already showing signs of weakness. This would bode ill for the Australian Dollar which is also eyeing the RBA Statement on Monetary Policy.

The Dow Jones Industrial Average has formed a Bearish Harami Cross candlestick pattern at its recent top. This was followed with a close lower. A descent through the rising trend line from earlier this year may open the door to more losses ahead. For more timely updates, you may follow me on twitter @ddubrovskyFX for the latest market moves. 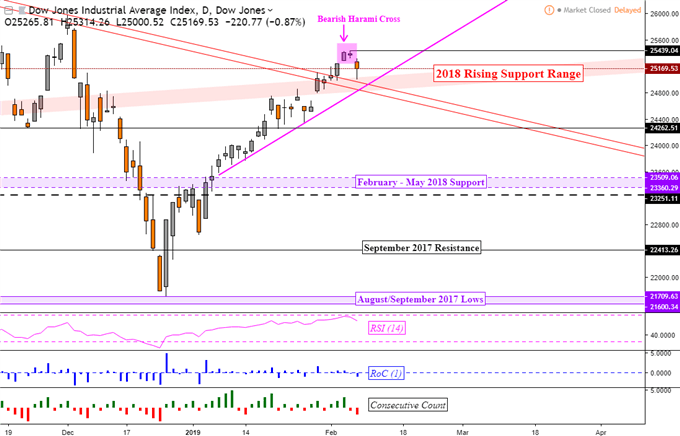 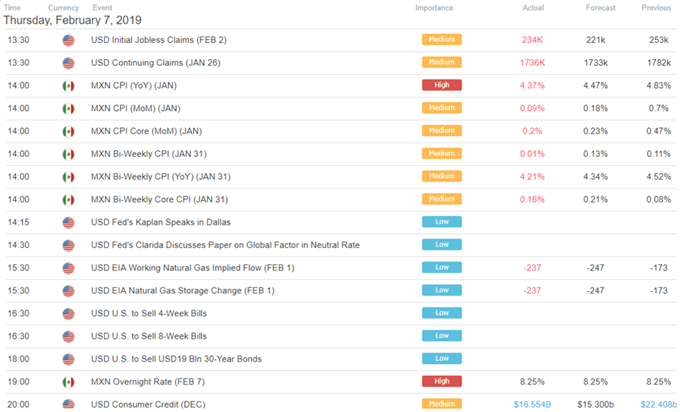 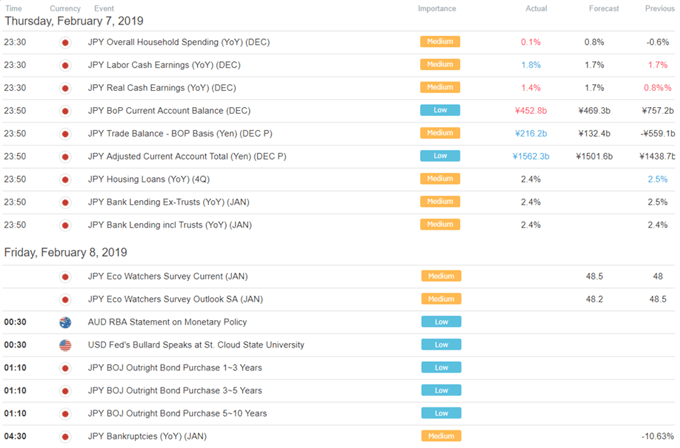