Bloomberg's Larry Tabb on the recent surge in retail investing activity, speculative trading and the one thing most misunderstood about the markets.

You’ve said the pandemic revolutionized the public markets by “turning everyone’s kitchen table into a trading desk.” What other catalysts have increased trading activity?

The big ones are zero commissions and people being trapped at home with not a whole lot of other things to do. Subsequently, there’s been a big run-up in options trading. And that’s because of educational information put out by companies like tastytrade, and before that thinkorswim, as well as other folks. You’re also seeing increased content on CNBC. There’s a lot more idea generation coming out in the options market. The availability of greater amounts of information, increased leverage, lower commissions, better execution quality—as well as incentives such as zero payment for order flow—lead to more individuals trading options. 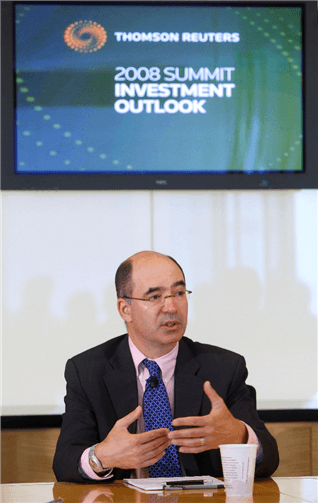 How many of the new entrants to the market are engaged in speculative gambling, as opposed to more thoughtful investing?

There is no definitive data on that, but I would estimate that approximately half of the zero-commission and pandemic-inspired trading has been theme- or meme-based speculation.

How important is education to traders entering the markets for the first time? 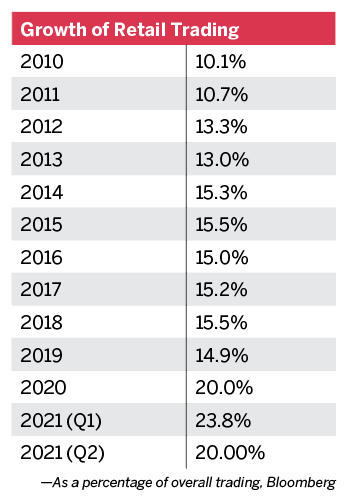 Education and improving user interfaces are critical to new entrants. First, it’s getting people involved, interested and educated. Second, it’s helping them avoid burning out their capital. Thinkorswim was really good at it. That’s where education has evolved at firms like tastytrade, where [co-CEO] Tom Sosnoff is helping new traders learn to hedge and pick up some premium instead of just saying, “Hey, I think Tesla’s going to the moon.”

What do people fail to understand about the markets?

That the market is extremely efficient. The technology and market participants that some critics claim are nefarious—like high-frequency traders—are not ruining the market. They’re actually upping the level of competition, and that’s generally a good thing for investors. When you look at the actual numbers, they’ve actually put a lot of money back into individuals’ pockets. The markets should be fair, but fair doesn’t necessarily mean equal. The movement that enabled zero commissions to payment for order flow actually helps retail traders and makes the markets much fairer.

Does any pending legislation worry you?

Transaction taxes would screw up a lot of things because that would add anywhere from a couple of cents to dollars to every trade. New Jersey is contemplating a tax on high-frequency trades that would add25 cents a share. We haven’t seen a quarter per share spread in ages, probably 20 years. So, a transaction tax could walk back 20 years of market efficiency.