Emerging market currencies have been among the biggest market casualties of the Covid-19 outbreak as their generally weaker home economies have seen cash flow out as investor risk-aversion rises. However, while their fortunes have differed, it’s very difficult to see them thriving in an aftermath which promises plenty of headwinds.

The Mexican Peso will serve as a pretty good exemplar of the process so far. It has understandably fallen sharply against anti-risk plays such as the US Dollar as the crisis has developed and shows little sign of clawing back much lost ground. 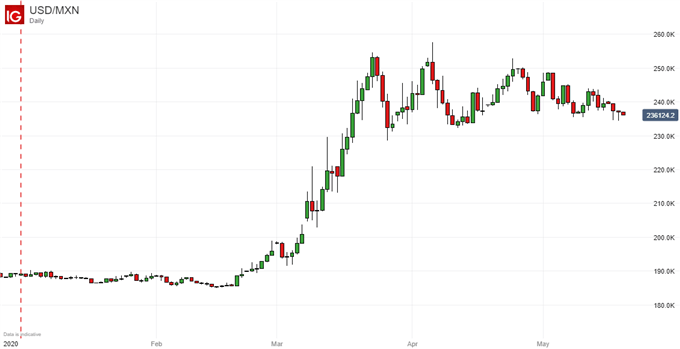 However, the Philippine Peso has fared rather better, but the reasons for its outperformance hardly inspire confidence. It slipped sharply against the Dollar but has since returned to just about where it started the year, ostensibly surviving Covid rather well so far. 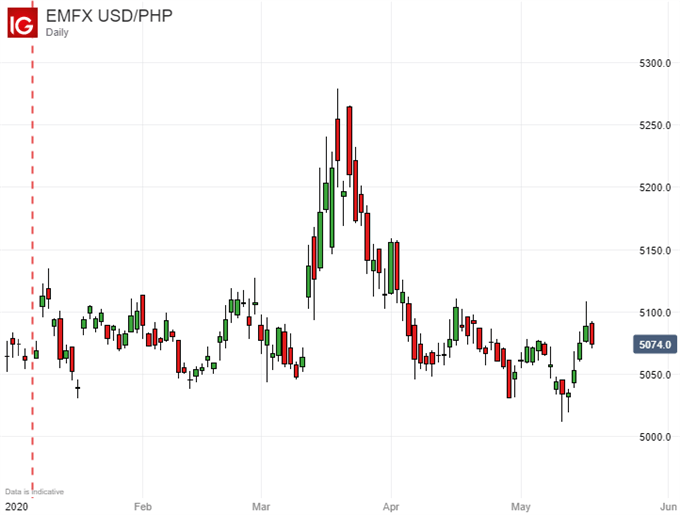 There is of course a possibility that the crisis itself has rendered the currency stronger than agents in its home economy would like. Shutdowns imposed by the contagion have reportedly seen Philippine companies shy away from spending their usual sums on foreign goods, while remittances sent home from the country’s numerous overseas workers have remained strong. This combination has supported the currency, but hardly suggests a domestic economy doing well.

What could really hit the entire Emerging Market currency complex though is a general withdrawal of foreign direct investment (FDI) which fails to return. Sadly that’s exactly what appears to be happening. From Mexico, where the economy minister fears an FDI fall of up to 40% this year, through China and on to the Philippines, FDI collapse is a major worry.

To make matters worse, much planned FDI is a knock-on from a globalist consensus now under pressure as it arguably hasn’t been in the post-war economic period. The United Nations Committee on Trade and Development has estimated that, globally FDI flows could fall by between five and fifteen percent, and that the emerging and developing economies will face the biggest hit.

This withdrawal of potential support seems likely to be a major headwind for Emerging Market currencies this year, even those which have so far done relatively well.