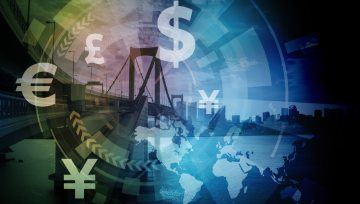 NOK and SEK are in for a potentially volatile week ahead as the European Union concludes its parliamentary elections. Freshly-admitted lawmakers with eurosceptic leanings will weigh in on appointing new heads of key European institutions while EU leaders discuss cross-Atlantic trade talks and the future of commerce with the US. Economic data from the latter will also have a role in compounding market volatility in an already-uptight week.

US ECONOMIC DATA: VOLATILITY AHEAD OF GDP, INFLATION DATA, US JAPAN TRADE NEGOTIATIONS

Global financial markets will be closely watching the US economic data docket this week. Some of the major indicators to look out for include US GDP and core CPI. The latter is particularly important after the Fed’s neutral pivot at the April 30-May 1 FOMC meeting. Fed Chairman Jerome Powell stated that the temporary lull in inflation was “transitory” and hinted that a pick up in price growth could prompt officials to become more hawkish.

May 28, Tuesday: Consumer Confidence (MAY)

Ever since the global outlook has become more uncertain, most central banks in developed economies have halted their rate hike cycle. One of the only exceptions to this trend is the Norges Bank, though they too may soon succumb to the pressure of their peers.

The Fed can afford a patient wait-and-see mode approach to policy because underlying inflationary conditions remain broadly symmetrical and do not warrant a cut or hike. This is why the PCE core price growth report and GDP data will carry that much more weight: it has the potential to tilt the Fed’s neutrality toward a more dovish or hawkish outlook.

US President Donald Trump will be discussing bilateral trade negotiations and foreign policy in Japan with Prime Minister Shinzo Abe until May 28. This follows discussions that occurred earlier this year when officials from Tokyo visited Washington in an attempt to stave off a US-Japan trade conflict. Monitoring these trade talks will be prudent because of the potential volatility it can induce if negotiations go south.

The European parliamentary elections have concluded, and while initially there appeared to be a mild reaction from local markets – in part due to thin liquidity from holidays in the UK and the US – there still is scope for volatility. Later today, EU trade ministers will be discussing future commerce relations with the US after cross-Atlantic relations soured from the White House’s campaign to redesign the global trading paradigm. 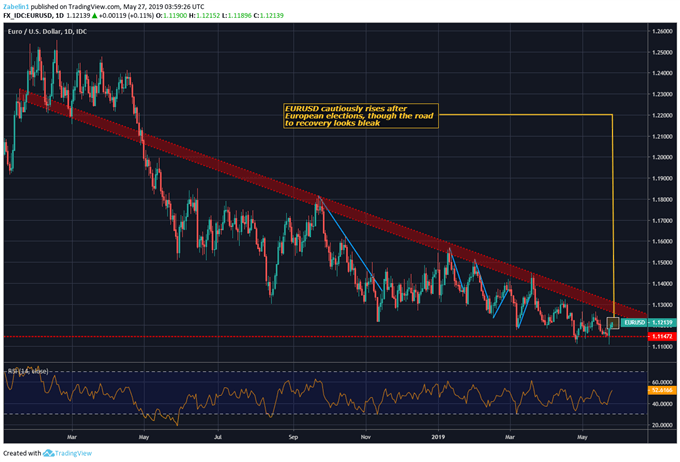 On May 28, freshly-admitted lawmakers in the new European Parliament will be discussing prospective candidates to lead key European institutions. These include the ECB, the European Commission and the European Council. This may be where the ideological dissimilarity between the various parties within parliament will become apparent and could lead to volatility in the Euro.

Economic data throughout the week may also spark some higher-than-usual price action in the Euro. Here are some reports to look out for:

In Sweden, the economic docket is packed with volatility-inducing data in the early-middle part of the week:

Considering economic data has been tending to underperform relative to economists’ expectations, Swedish data will likely fall in-line with this trend. This would only reinforce the Riksbank’s already dovish stance and would likely force central bank policymakers to hold rates at -0.25 percent. The paradigm of negative rates will only increase the risk of rising household indebtedness because the cost to borrow capital is so low.

In Norway, the economic docket remains relatively light. Here are some Norway-based event risks that could jolt the Krone:

However, most of NOK’s price action will likely be from shifts in global sentiment from external risks ranging from European politics to US trade relations with China and the EU. Norway’s economy strongly relies on the petroleum sector, and as such, the Krone is sensitive to changes in global sentiment. To learn more about trading SEK and NOK, you may follow me on Twitter @ZabelinDimitri.