United States – Dollar and US STOCKS

The United States has been leading the charge in trade wars in 2018 as a result of the Trump administration’s economic nationalism and protectionist approach. The first wave of the White House’s policies was the imposition of steel and aluminum tariffs that triggered fears of a possible global trade war.

As expected, markets responded accordingly with greater risk aversion and significantly higher volatility amid fears that a follow-on disruption of cross-border supply chains would slow global growth. Sentiment-linked assets – such as equities as well as the New Zealand and Australian Dollar – fell as risk aversion permeated the market. While Mr. Trump’s policies in this instance relate to trade, they originated from a political foundation ultimately rooted in populist-economic nationalism.

Using the US Dollar Index – which measures the Greenback’s average value against a basket of currencies – it shows that the Greenback has risen over seven percent since approximately the start of the year. In addition to escalating trade wars, the backdrop was further complicated by a hawkish Fed. Investors started to flock to the USD because of its utility as an anti-risk asset that was also beginning to carry higher yields as the Fed dialed up rate hikes. 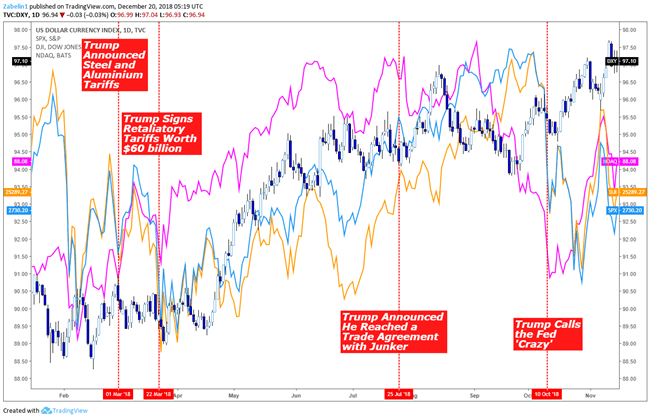 For the past few years, the European continent has witnessed the rapid rise of nationalism and eurosceptic-based populism. This in turn has led to greater political fragmentation, consequently eroding the security and certainty embedded in the idea of a politically unified economic bloc. The growing frustration with the perceived technocratic structure of the EU along with asymmetrical laws surrounding immigration has certainly strained inter-regional relations.

As a result, disillusioned voter bases have emerged in countries such as Italy that end up voting two populist parties into power who campaigned on an anti-establishment platform. The parties were able to rise to power by tapping into the anger of the voters and made radical campaign promises that had embedded in them an anti-establishment agenda.

An example of this has been the recent debate between Rome and Brussels over the former’s controversial budget proposal. When the announcement was made, the spread between Italian and German 10-year bond yields widened, EUR/CHF and EUR/USD dropped along with Germany’s key equity DAX index. While a budget agreement has been reached, the tension between Italy and the EU is far from over. The comments from officials in Rome and Brussels that will follow from this ongoing issue will almost certainly move markets as investors hold their breath. 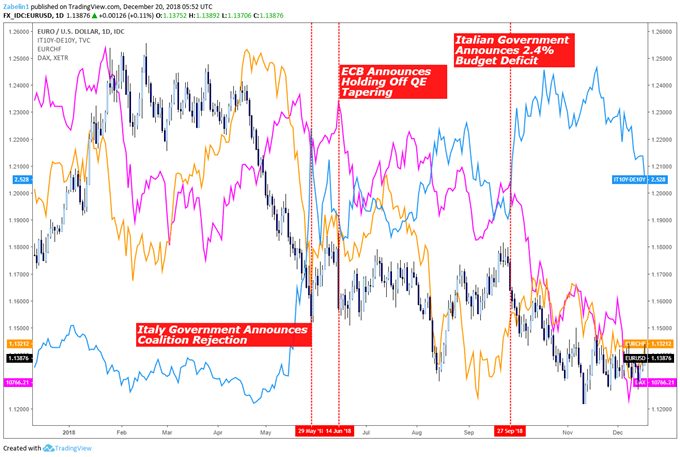 The ongoing Brexit negotiations have weighed down on the British Pound, and the sudden political developments have caused severe volatility in the market. Not surprisingly, it has driven investors away from the Pound. Since the referendum in 2016, GBP has fallen almost 15 percent against the US Dollar. Pound crosses – particularly with the Swiss France and Japanese Yen – have declined as investors have flocked to anti-risk assets.

Political announcements such as the news of mass cabinet resignations over British Prime Minister Theresa May’s Brexit deal in September sent the Pound lower. Once the news hit the market, GBP plunged against all its major counterparts amid fear that a no deal-Brexit was becoming a more probable reality. Brexit is also a reminder of the danger underlying political fragmentation, and the consequences of eurosceptic rhetoric finding its way into a legislative body. 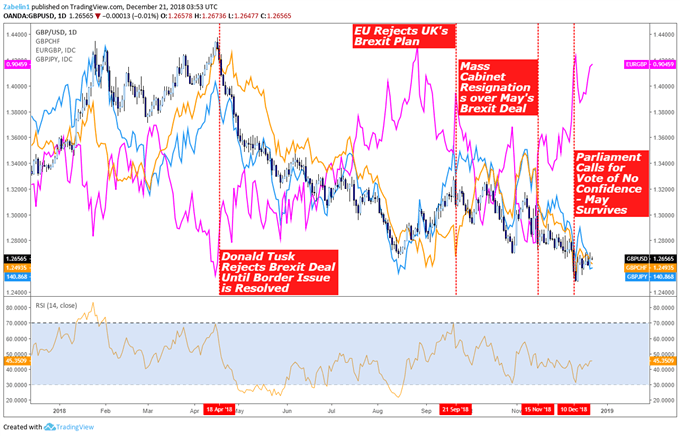 Political announcements and speeches have noteworthy impacts both in the short term – with immediate market reactions – as well as the medium to long term. Investor expectations and strategies are sometimes changed as a result of a speech that indicates a potential change in policy direction. It is therefore crucial that investors keep a close eye on political announcements because of the possible market reaction that may follow from it.