A larger than expected production cut has given crude bulls all they wanted for Christmas, a reprieve of the massive selling. Crude jumped ~5% on larger-than-expected production cuts, which has had ripple effects to equity markets that were still open after the news broke of an agreed-upon 1.2m bpd cut after expectations were faltering that the previously expected cut would be reached.

The question now remains, how long can the OPEC+ buzz last?

Looking to fixed income, there is trouble brewing in the belly of the US Treasury curve, which indicates increased doubt about further growth (i.e., demand for oil) that could mean Friday’s reprieve lasts nowhere near as long as hoped.

Why OPEC (And Friends) Still Matter To Markets 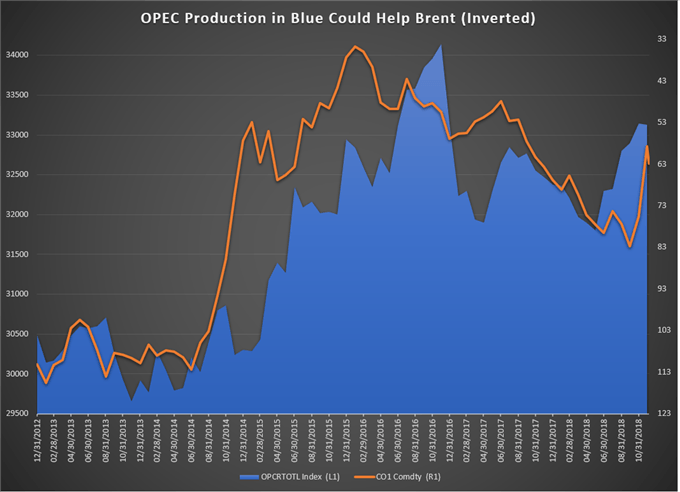 The chart above has OPEC total production back to 2012 with an inverted overlay of Brent crude. A helpful way to see the chart with inverted Brent is that when production increases, the price of oil drops (although it moves higher on an inverted chart.)

The cut today takes the current total production from OPEC from 33.13m bpd to ~32.33m bpd or ~2% of current production as of November 30.

Naturally, the supply side of the question being manipulated to support prices works best when demand remains the same or rises. Few are expecting that to be the case as evidenced by the inversion of the UST 2-5yield curve or the increasingly flattening UST 3m – 10yr yield curve, which measures the premium, albeit a shrinking premium of holding a 10yr UST against cash that now stands at ~49bps. 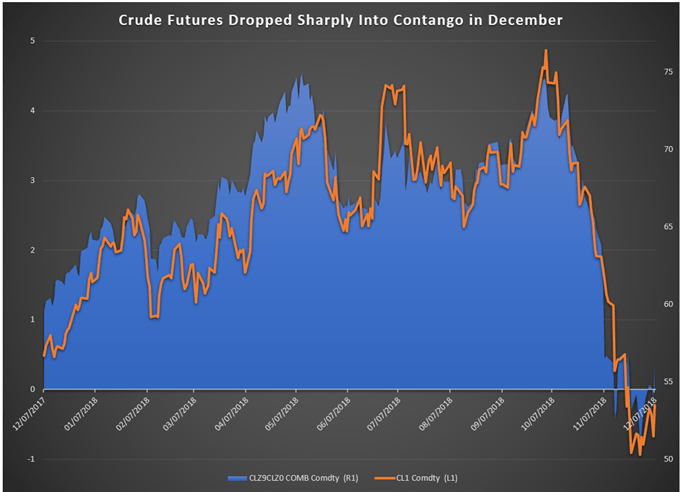 Naturally, you’re likely wondering how long the OPEC agreement to cut production will have a positive effect on the market. It’s hard to tell. If perceived demand continues to fall, which will depend largely on emerging markets led by China who of course, is in the midst of a trade war with the US.

After news broke of the OPEC+ deal to cut 1.2m bpd (800k by OPEC & 400k by non-OPEC members,) the spread shifted back to backwardation thought the sustainability of backwardation, which is inherently crude positive remains in doubt due to the declining growth outlook.