USD/JPY struggles to hold its ground following the U.S. Non-Farm Payrolls (NFP) report as the updates highlight a slowdown job growth, and another batch of lackluster data prints may trigger a further depreciation in the exchange rate as the Consumer Price Index (CPI) is expected to narrow to 2.2% from 2.5% in October.

The 155K expansion in U.S. employment remains a far cry from figures seen during a recession, but the steady 3.1% print for Average Hourly Earnings does little to boost the outlook for demand-pull inflation especially as the updates to the U. of Michigan Confidence survey show 12-month inflation expectations easing to 2.7% from 2.8% in November. 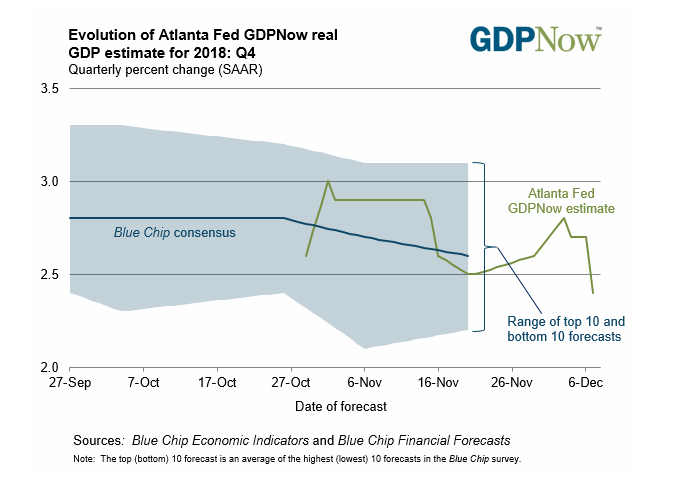 In response, the Atlanta Fed GDPNow model now forecasts the U.S. economy to grow 2.4% per annum in the fourth-quarter of 2018 versus 2.7% on December 6, and signs of slower growth may push the Federal Open Market Committee (FOMC) to deliver a dovish rate-hike later this month as officials see a limited risk for above-target inflation.

Recent comments from Vice-Chairman Richard Clarida suggest the central bank is nearing the end of the hiking-cycle as Fed officials ‘are focused on keeping inflation away from disinflation,’ and an uptick in the core CPI may start to undermine the outlook for private-sector consumption as households face higher borrowing-costs paired with limited wage growth. 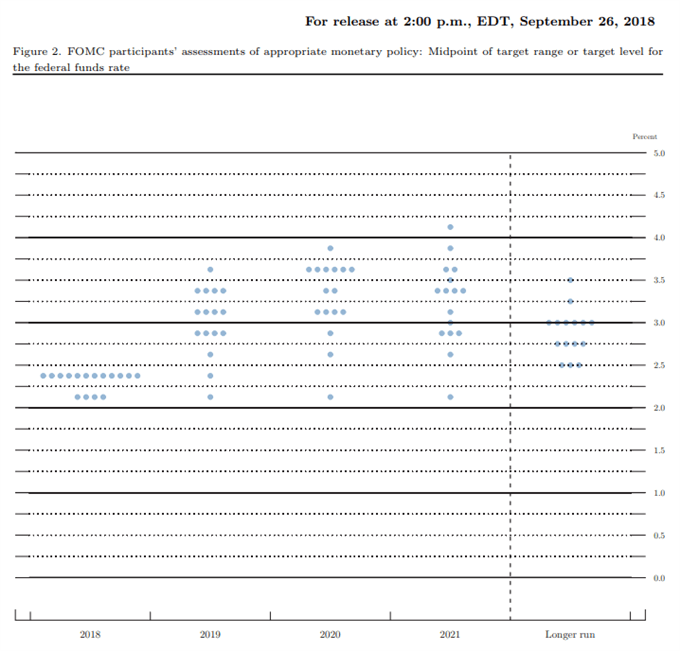 With that said, Chairman Jerome Powell & Co. may continue to project a neutral interest rate of 2.75% to 3.00% as the shift in U.S. trade policy boosts import prices, but the central bank may start to alter its tune over the coming months in response to signs of a slowing economy.

As a result,the October range remains in focus ahead of the Fed interest rate decision on December 19, with USD/JPY at risk for further losses as the exchange rate marks another failed attempt to test the 2018-high (114.55). Sign up and join DailyFX Currency Analyst David Song LIVE for an opportunity to discuss potential trade setups! 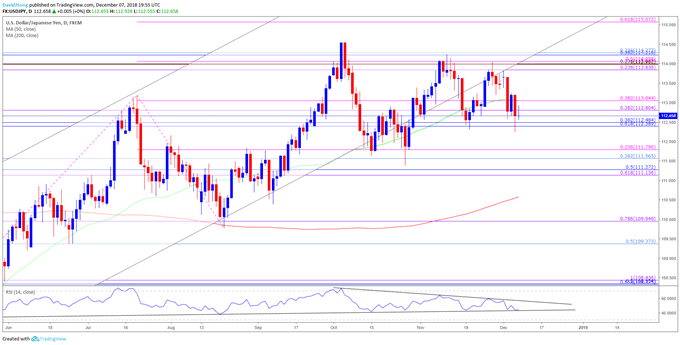 Keep in mind, the Relative Strength Index (RSI) warns of range-bound conditions as it appears to be stuck in a triangle/wedge formation, but the oscillator may ultimately flash bearish signal over the coming days as it quickly approaches trendline support.