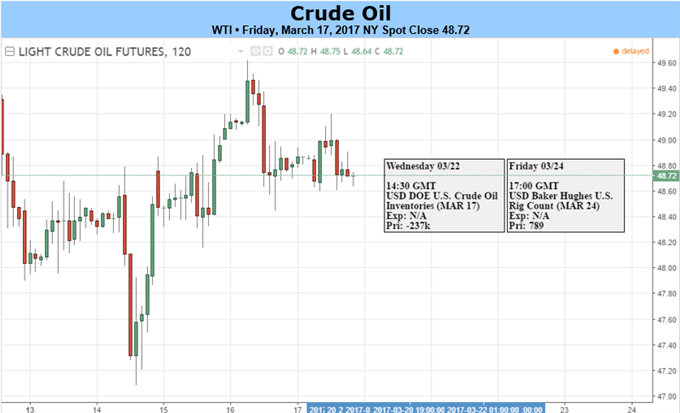 The Oil market appears to be wholly focused right now on whether or not the OPEC accord to reduce supply so that price stockpiles come in line with the 5-year average will be extended past June. News of a possible extension supported by comments from Saudi energy minister, Khalid Al-Falih in a Bloomberg interview, helped to prevent a continuation of a price decline last week. Specifically, Al-Falih said, “We want to signal to them that we’re going to do what it takes to bring the industry back to a healthy situation.” (emphasis mine).

The high compliance from members of the OPEC-accord have been impressive, but we’ve consistently seen high growth in US stockpiles, which appear to be damaging OPEC’s efforts to pull the Oil market fundamentals in the right direction. Of course, OPEC is continuing to watch North American shale production, which is rather cheap and becoming cheaper with technology improvements. Al-Falih noted the increase in Shale production, “Certainly, I have made clear that the excessive production that I saw coming out of shale three, four years ago cannot be absorbed by the global market.”

The recent drop in price could be due to hedge funds getting out of the market reducing their extreme long positions relative to institutional hedges. Given the large buying volume possibly exiting the market, it’s fair to ask what would cause them to re-enter the market? Many are counting on hopes of rising demand and an OPEC-cut extension, but it may require a larger shift in the supply-demand imbalance despite OPEC’s recent efforts as the average US Crude Stockpiles have gained steadily due to Shale production. Hedge funds are likely to require much lower prices before accumulation begins again or a shock higher in Bullish Momentum, which has currently vanished.

Technical View: The price action of Crude Oil is likely keeping both sides of the market up at night as we currently sit near the all-important 200-DMA at $48.65. Over the last year, recent price tests of the 200-DMA have been met with large buying volume that lifted prices to multi-month highs over the following months. If the price falls further from here, the chart support to watch below the 200-DMA is likely the $44/40.5 zone, which is the 38.2-50% retracement of the February 2016 to January price range of $55.13-$26/bbl. 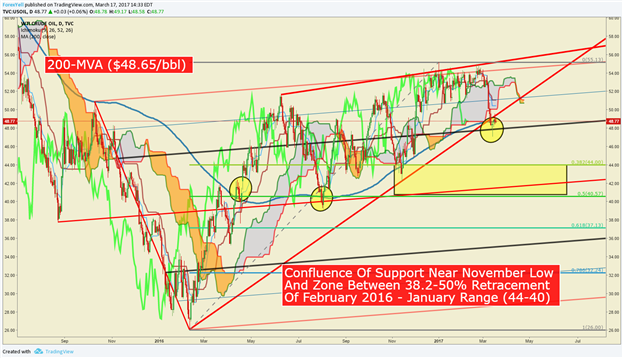 The focal points for the energy market next week will remain Wednesday’s EIA Petroleum Supply Report at 10:30 AM ET and Friday’s Baker-Hughes Rig Count at 1:00 PM ET. In Berlin, next week will have U.A.E. Oil Minister, Suhail Al Mazrouei speak at the Berlin Energy Conference, which can be looked to for further hints of whether or not a supply cut extension will be pursued by members of OPEC and non-OPEC producers involved in the 2016 accord. 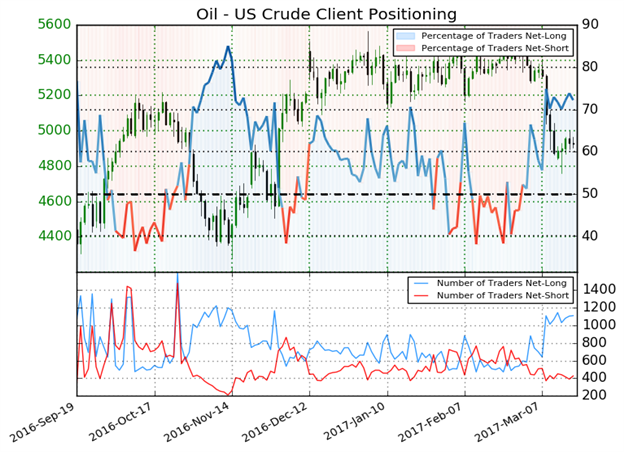