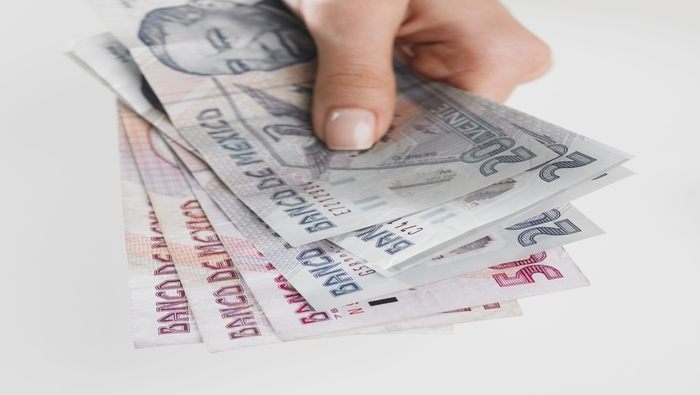 Mexican Peso Outlook: How Will USD/MXN React to the Jackson Hole Summit?

The Mexican peso weakened against the U.S. dollar on Thursday on widespread risk-off mood (USD/MXN: +0.55% to 20.35), losing ground for two consecutive days just ahead of a key market event on Friday: the FOMC chairman's speech at the Jackson Hole Symposium. Jerome Powell, who is scheduled to deliver remarks at 10 am ET, will try to balance conflicting forces in the economy: high inflation and slowing economic growth at a time when delta-variant concerns are dampening consumer confidence and household spending.

Regardless of what Powell says, volatility in EMFX could increase and remain elevated in the coming days as traders adjust their portfolios to reflect the Fed’s updated narrative. That said, the Mexican peso, being a high-beta currency, could suffer considerable losses if the summit triggers a disorderly rout in US Treasuries and yields rise, but should be one of the preferred currencies if the Fed sticks to the dovish script and risk assets rally.

Given that the US economy appears to be losing steam, Powell may be inclined to embrace patience and avoid providing major updates on the “quantitative easing exit strategy”. Any effort to slow-walk taper plans will weigh on the US dollar and act as a bullish catalyst for higher-yielding currencies, at least in the very near term. Needless to say, this scenario could push USD/MXN below the psychological 20.00 mark in the final stretch of the month.

Although less likely, there is a very small chance that Powell could attempt to prime investors for a tapering announcement at the next FOMC meeting in September as some policy makers grow more uncomfortable with lax monetary policy in the midst of high inflation. Any sign that the central bank is moving in that direction could be quite disruptive to markets and trigger a large sell-off in risk assets. Under this assumption, USD/MXN could explode higher and easily retest its June’s high in the 20.75 area.

If USD/MXN reverses lower on its way to the weekeend after two days of gains, the first technical support appears at 20.20/20.10, where the August 25 low converges with the 200-day moving average. If sellers manage to push price below this critical floor, there would be scope for a move towards 19.80 in the short-term. Alternatively, if bulls retain control of the market and push the exchange rate above the 20.45/20.50 resistance area, the June high at 20.75 would become the immediate upside focus.