Peso in a Pickle

There’s been a shift back into risk-correlated assets in recent days, driven in part by speculation that the Federal Reserve will slow-walk its taper plans amid surging delta variant infections in the United States. Helping fuel a rebound in commodities, investors have become more amiable towards higher yielding and growth-sensitive currencies. But there has been a notable laggard: the Mexican Peso

Despite gains at the start of the week, the Mexican Peso has once more run into a wave of recent economic data that has underperformed expectations, short-circuiting any semblance of a rally. Building on the disappointing June Mexican retail sales report and the August Mexican inflation rate data, the 2Q’21 and June Mexican GDP figures came in weaker than anticipated earlier today.

Nearing critical technical junctures, USD/MXN’s decline and MXN/JPY’s advance may be stymied for the time being as markets digest these otherwise discouraging fundamental developments. 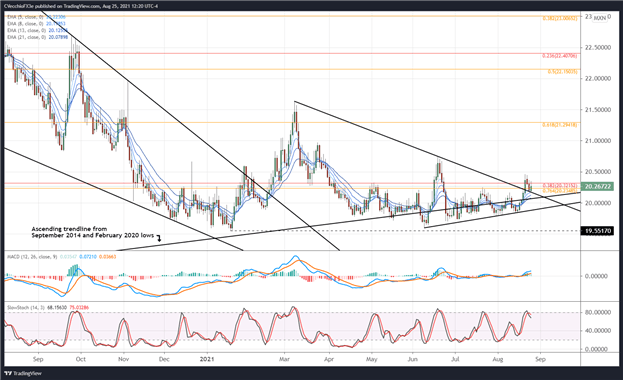 The bullish breakout experienced by USD/MXN rates looked in danger earlier this week after the pair came crashing back down to the descending trendline from the March and June swing highs. But was once resistance - the 38.2% retracement of the April 2011 low/April 2020 high range at 20.3215 and the 76.4% retracement of the 2020 low/high range at 20.2349 – appears to have turned into an area of support. Furthermore, USD/MXN is finding support at its daily EMA envelope, and with daily MACD still trending higher, it’s too soon to suggest that the bullish breakout has run its course. 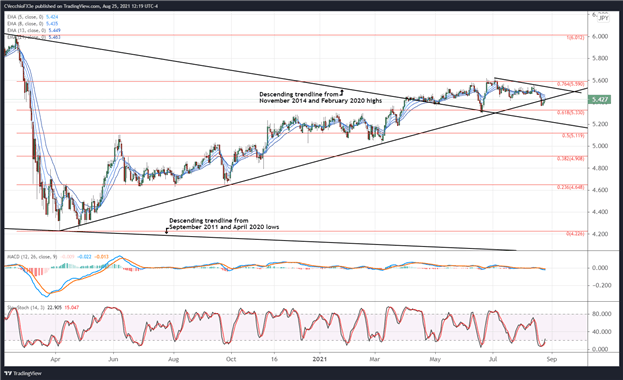 Ever since reaching the 76.4% Fibonacci retracement of the 2020 high/low range at 5.579 at the start of July, MXN/JPY rates have decoupled from other risk assets and have slowly dripping lower. The pair finds itself dealing with a significant test, however, fighting to retake the uptrend from the April 2020 and March 2021 lows – the pandemic uptrend, as it were.

Momentum remains negative – MXN/JPY is still below its daily 5-, 8-, 13-, and 21-EMA envelope, which is in bearish sequential order – while daily MACD declines below its signal line and daily Slow Stochastics remain in oversold territory. Failure to retake 5.430 would suggest a deeper setback towards the 61.8% Fibonacci retracement of the 2020 high/low range at 5.330 could be in play through the end of August. 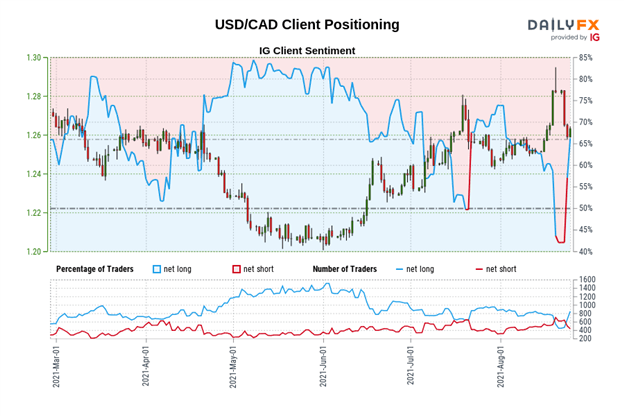