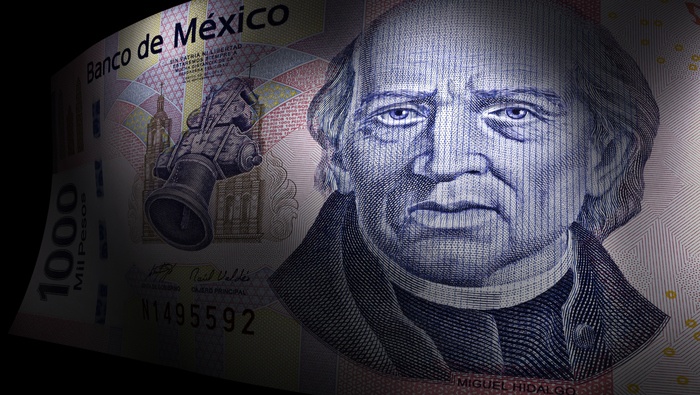 USD/MXN started the week with a largely neutral bias despite broad-based dollar weakness reflected in the DXY Index, even as concerns over rising COVID-19 cases and fragile market sentiment persisted. At the New York close, the pair was broadly flat, trading around the 20.00 mark.

At the index level, the DXY’s retreat responded in part to soft U.S housing data released earlier in the day. According to the Census Bureau, new home sales rose by 676,000 units, the lowest level since April 2020 and far below consensus of 798,000. The poor results suggest that the housing market have peaked, a fact that may strengthen the argument that inflation is transitory and that Fed monetary stimulus may still be necessary to support the recovery.

To understand what the Federal Reserve may do down the road, it is important for traders to closely follow Wednesday's FOMC rate announcement. No changes are expected, but the central bank may offer guidance on the next steps for monetary policy normalization and on the inflation outlook following the red-hot June CPI print. Having said that, this calendar event is likely to be the next volatility catalyst for USD/MXN and most currency pairs where the dollar is present for that matter.

In light of delta-variant risks, the slowdown in economic activity reflected in weak services sector data, and growing indications that inflationary pressures may be transitory, Fed officials are likely to remain cautious and suggest they will be patient before beginning to reduce accommodation. Any hint that the QE tapering announcement will not occur this summer or early fall, but toward the end of the year, could depress Treasury yields and push USD/MXN lower in the near term.

On the other hand, if the central bank adopts a more hawkish tone and signals a taper decision could emerge in the third quarter, the dollar could shoot up across the board, leaving emerging market currencies in a precarious position. While the latter scenario is less likely to materialize, it should not be completely ruled out, as the Fed can sometimes surprise investors.

From a technical point of view, not a lot has changed since our last USD/MXN analysis published last week. USD/MXN, after stalling around the 200-day SMA, continues to trade between horizontal resistance at 20.20 and short-term trendline support, now crossing the 19.85 area. For price to acquire a strong directional bias, it must move either above resistance or below support. That said, if resistance is broken decisively, USD/MXN could climb towards the 20.75 region, where the June high converges with a long-term bearish trendline. On the flip side, if price breaches support, sellers could push the exchange rate towards 2021 low in the 19.55 zone, followed by the 19.00 psychological level.