In this edition of our podcast Trading Global Markets Decoded, our host Martin Essex is joined by Andreas Steno Larsen, a prominent FX strategist at Nordea. The pair talk about the future of EUR/USD and why the Fed may be wary of adjusting rates too late, why EUR/GBP could still have a way to fall, and how the Scandinavian currencies are faring just now. Benefit from our discussion with Andreas Steno Larsen and listen to the podcast by clicking on the link.

FOLLOW OUR PODCASTS ON A PLATFORM THAT SUITS YOU

Where is EUR/USD headed?

An early topic on the podcast agenda is the EUR/USD outlook. Despite both the ECB and the Fed easing monetary policy, the US Dollar is expected to be stronger all round, with the American economy healthy by all accounts. Given these circumstances, why would the Fed be cutting?

“To me it seems the Fed is scared of moving too late,” says Andreas. “It sees the ISM index and inflation expectations moving lower, and it is also undershooting the inflation target on the core PCE measure, so it makes sense to move early and be precautionary in the policy.”

How will the US dollar perform from here? Andreas predicts USD will stand strong over the next couple of months, given that dollar liquidity will be withdrawn due to new funding projections from the US Treasury.

Also, the fact that the Treasury intends to rebuild its cash balance means a degree of issuance should be expected. ‘When the US Treasury issue a lot they withdraw liquidity from the commercial banking system, leaving fewer US Dollars in the system.

“That usually leads to short-term money market rates higher in US Dollars and also leads to a strong Dollar broadly speaking.”

On the GBP side, Sterling has clearly been hit by the possibility of a No Deal Brexit. Can it fall forever?

“It looks cheap but it’s not cheap enough yet,” Andreas believes. “The market is pondering whether the Bank of England (BOE) could start moving in an easier direction late this year. PMIs have fallen off a cliff and the UK’s sentiment surveys look bad.” 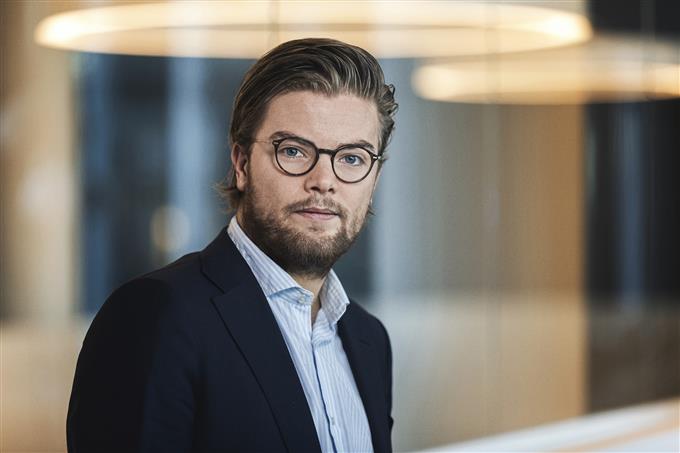 If the BOE does decide to ease monetary policy in the event of a No Deal Brexit, would dovish policy have been implemented anyway as a result of the weakness of the UK economy?

“I don’t think No Deal is a prerequisite for easier policy from the BOE,” Andreas says. “It would be very unusual for the BOE not to follow suit when the Fed cuts, so I expect rate cuts regardless of outcome.”

Andreas would like to see Cable below 1.2000 before he considers going long again and in EUR/GBP terms wouldn’t be surprised to see EUR/GBP above 0.9250 over the next few months.

Andreas observes that the global PMI trends lead interest rate hikes and cuts by around three to six months. “So when the PMI is at current levels you should expect easing from more or less every G10 central bank.”

He likes the repricing case for the BOE the most but also thinks the market will have to consider the outlook for the Bank of Canada given that the Canadian economy is so closely linked to the US economy. “When the Fed sees the need for a rate cut you should expect the Bank of Canada to reach the same conclusion,” he says.

What’s the story with Scandi currencies?

On the topic of Scandinavian currencies, Andreas observes that the Swedish Krona has been weakening. "The GDP outlook for Sweden looks lackluster. The various employment indicators are more and more sour; recession fears are warranted in Sweden."

He says the markets will have to price in the risk of cuts by the Swedish Riksbank which should lead SEK in a weaker direction, and in EUR/SEK terms he bets on a move above 10.800.

Is SEK the weakest European currency alongside Sterling? Andreas thinks so. “Also, as of August 1st, the Riksbank has restarted QE and every month buys Swedish government bonds again from foreign investors which weakens the Krona, and they’ll weaken it month by month.”

There is a more positive outlook for the Norwegian Krone, however. “The Norwegian economy is still doing fine, because the prices of salmon and oil [two of Norway’s most important commodities] are high enough for them to gain momentum,” Andreas says.

Andreas can be found on Twitter at the handle @AndreasSteno.