The fundamental backdrop appears to be very JPY supportive. Whether you look at Glencore, Chinese growth and manufacturing, which confirmed contraction this week, or if you look at different commodity sectors which are a proxy for global demand there is a lot of discouragement right now given the quantitative easing behind us. In such an environment, you would expect the dollar to be performing better given how we continue to hear comments from Federal Reserve members about raising rates this year.

Currently, a majority of the support under USDJPY is hope of more BoJ action. This is ironic because it appears that Gov. Kuroda has rarely been so optimistic about the prospects for Japan’s future economic growth. If they hold out from new easing and economic data in the United States starts to turn over diminishing fears of rate hikes than we could be near the beginning of a sustained down move in this pair or at least sustained up move and yen across the board.

The August 24th daily candle should be your guide going forward and more specifically the open and close. After the price action on August 24, we’ve apparently got what appears to be a very clear symmetrical triangle nearing its end. If that is the case, we would expect to resumption of the down move started in May of this year, which would likely test the August 24 low as well as the December 2014 low around 115.50. The risk to this view is that the dollar breaks out higher as well, this is where the open on August 24 can be relied upon his key resistance. If this level breaks with the daily close above against the backdrop of increasing probability of a global downturn, you may do well to keep the yen long bias against a weaker currency pair like GBP, AUD, or CAD. 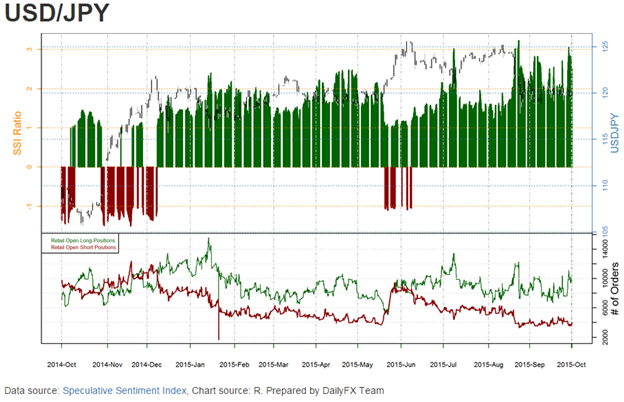 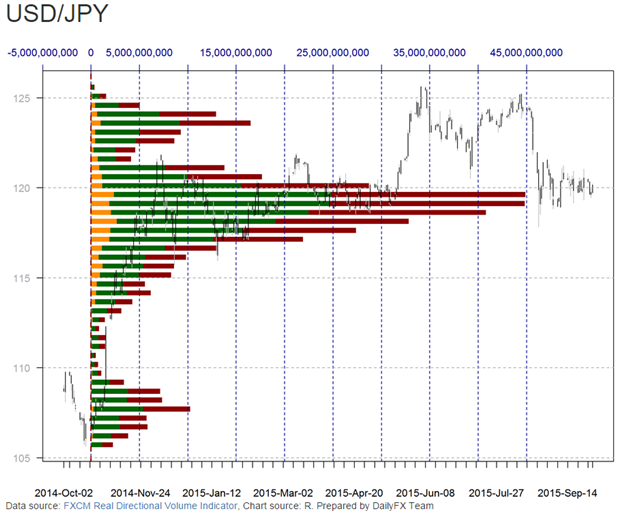 USDJPY has stalled at a significant Volume at Price level around 119. Considering the macro backdrop (e.g. risk-off as Emerging and Developed Markets recede economic growth), a break below this level, most notably 118, could open the flood gates of JPY buyers. The risk here is that USDJPY may not be as attractive a sell as AUDJPY, NZDJPY, or GBPJPY potentially.